Ethereum, other programmable blockchains now sharing higher correlation with each other

The cryptocurrency market embraced the new year by breaking out of dormancy to enjoy the market’s gains. Despite some corrections setting in, the positive outlook of the entire crypto-market remains unchanged. According to a report by Coin Metrics, there is a growing correlation between Bitcoin and other altcoins, a metric that gained strength in 2019. Binance Research highlighted the correlation analysis between large-cap crypto assets recently, with the results finding that they all appeared to be positive. 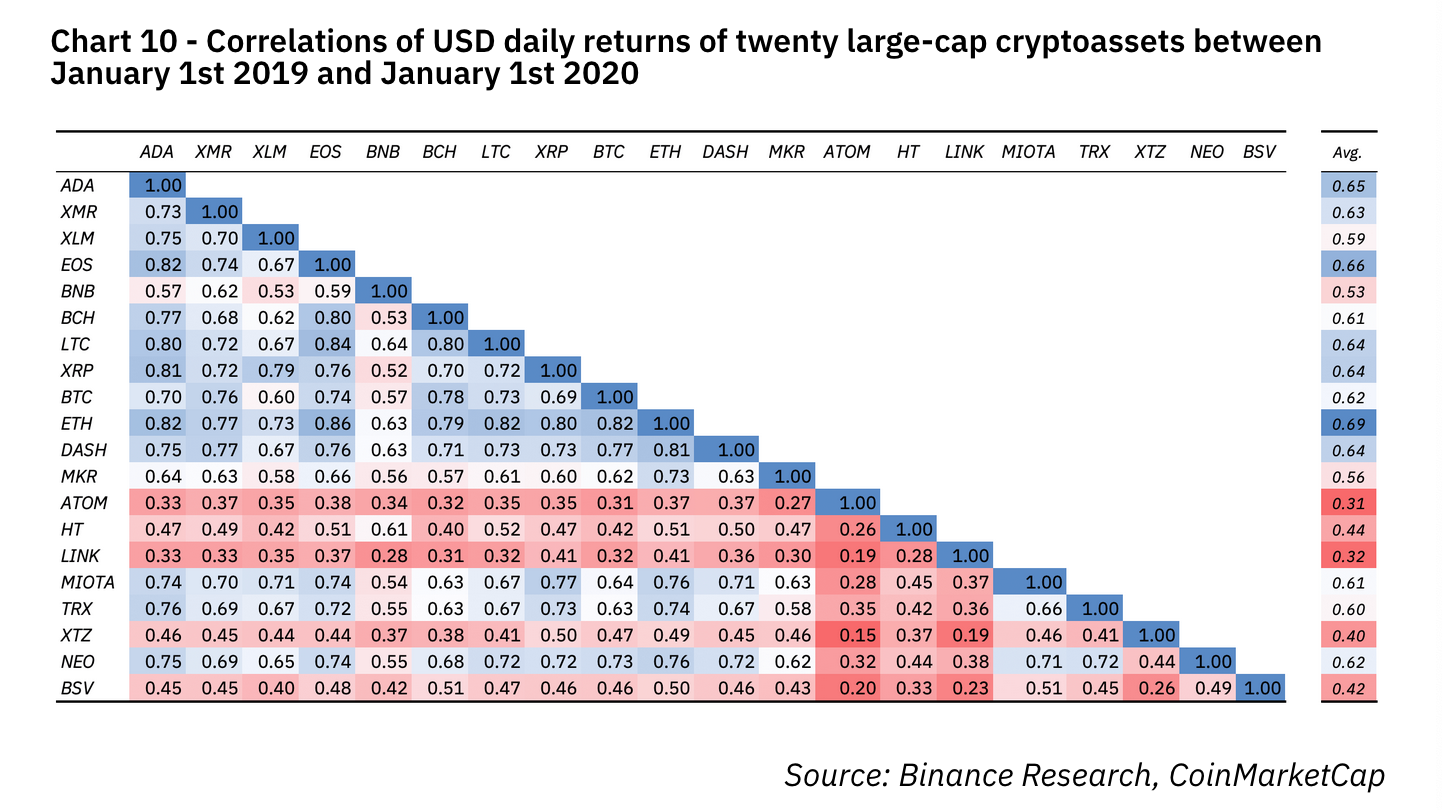 When the top 5 crypto-assets were analyzed based on their quarterly average correlation coefficients, the pairs reflected not only a positive outcome, but their coefficients were above 0.5 too. Ethereum was the highest correlated asset with a coefficient of 0.69, a figure that was much less correlated in the first half of 2019, but took the lead in the second half.

The lowest correlated asset remained Cosmos [ATOM] with a correlation of 0.31, followed by Chainlink [LINK] and Tezos [XTZ] with coefficients of 0.32 and 0.4, respectively. The report noted their listing time as a differentiating factor between Cosmos and other large-cap assets. It got launched and was listed by the end of Q1 of 2019. It added,

“As the median correlation of ATOMs appears to be increasing – annual corr. coeff. of 0.31 for 2019 with a coefficient of 0.56 for Q4 2019 -, the lower listing time might be one factor to explain this phenomenon.”

Bitcoin’s correlation has been growing with Ethereum [ETH]. However, it shares a strong correlation with Bitcoin Cash [BCH] and Monero [XMR] as well. Another trend observed in the market was programmable blockchains like NEO, Ethereum, and EOS, which exhibited higher correlations with each other than with other non-programmable assets.