Tether [USDT] has claimed the position of being the largest stablecoin in the cryptocurrency market through its strong market capitalization of $4.65 billion. When Tether started swapping USDT on Omni to Ethereum, though the reason behind the decision was not made public, the cumulative transfer volume of USDT exceeded the transfer volumes of ETH on the blockchain.

According to a recent report by Messari’s Ryan Watkins, the ETH’s 12-month transfer volume noted a dip of almost 65% over the curse of 2019. The transfer volume fell from $430 billion to $150 billion since USDT’s movement to Ethereum blockchain began. Watkins tweeted:

CoinGecko, one such data provider, noted that Tether’s 24-hour volume was $56.16 billion, at press time, while the market cap remained $4.3 billion.

According to Watkins, the trend has been prominent since USDT transitioned to Ethereum. He added:

“On a weekly basis, the flip occurred mid-2019. Since then the change is striking.” 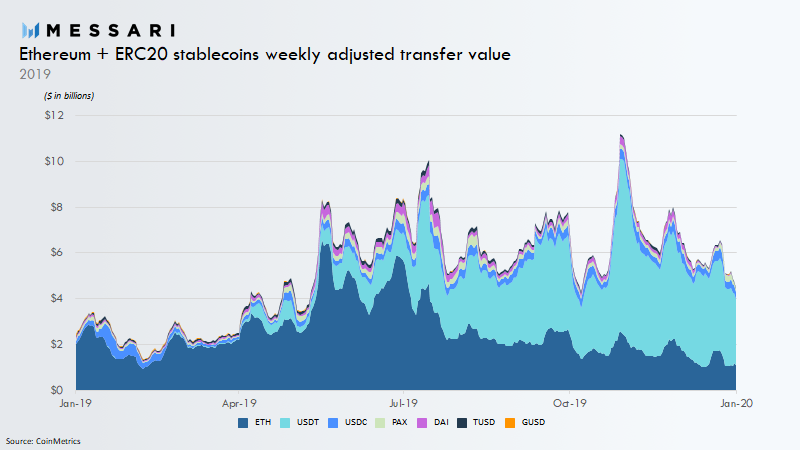 According to the data provided by Etherscan, the 24-hour volume of USDT was $39 billion and the holders accounted for 736,770 addresses. A report from Coin Metrics had highlighted that USDT-ETH active addresses (the count of unique addresses that were active in the network as a recipient or originator of a ledger change) skyrocketed over the past week, jumping from 38,600 on August 19 to over 78,800 on 8/23.  Active addresses on USDT-OMNI saw a decline. 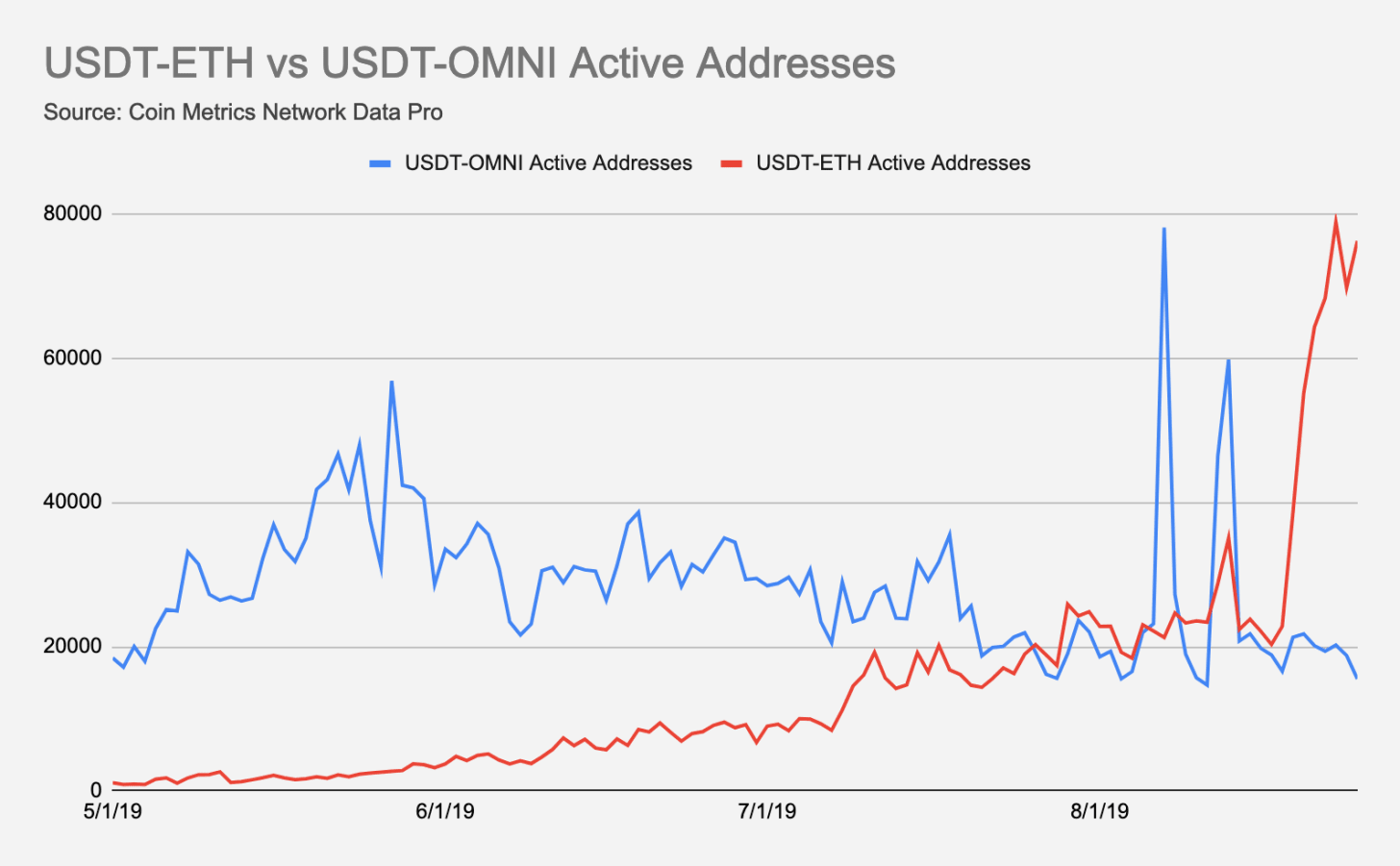 At press time, Ethereum blockchain had the most concentration of USDT ~$2.30 billion, followed by minuscule amounts Tron ~$916.55 million, and EOS ~$5.25 million.