Bitcoin longs worth $23 million liquidated as high volatility creeps in

On 24 February, Bitcoin’s price underwent a similar trend it has familiarized the market with. The price of the world’s largest cryptocurrency, in terms of market cap,  started to ascend towards the $10k mark and within hours it managed to touch $10,022.77. However, Bitcoin couldn’t hold on to this price.

The market experienced a strong correction sliding the Bitcoin price under its crucial resistance which was placed as low as $9,587. 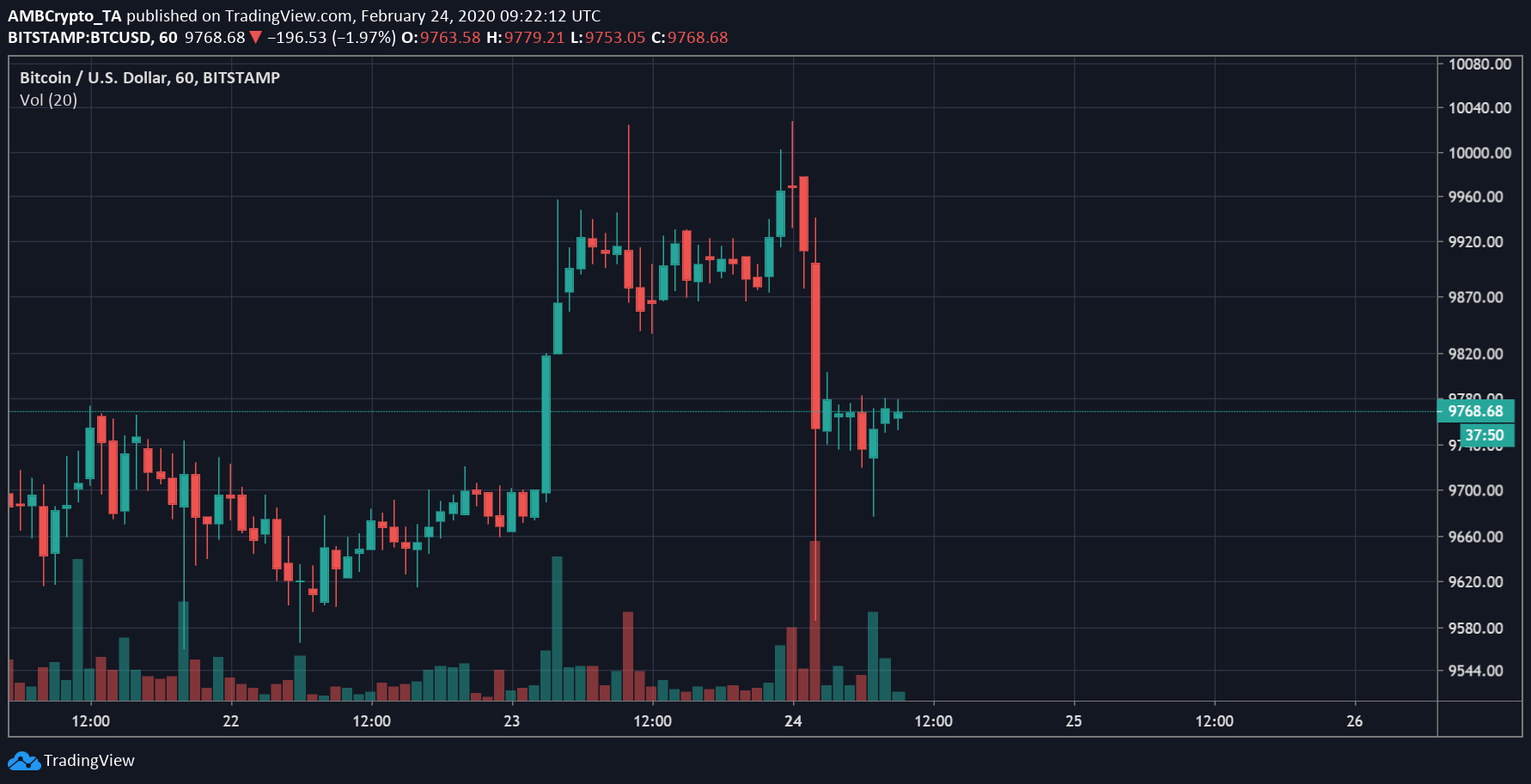 The world’s largest cryptocurrency’s sinking price once again re-iterated the high volatility present in Bitcoin’s market. Another interesting development that was associated with the rise and subsequent fall of Bitcoin’s price was that longs worth $23 million were liquidated on BitMEX exchange alone. 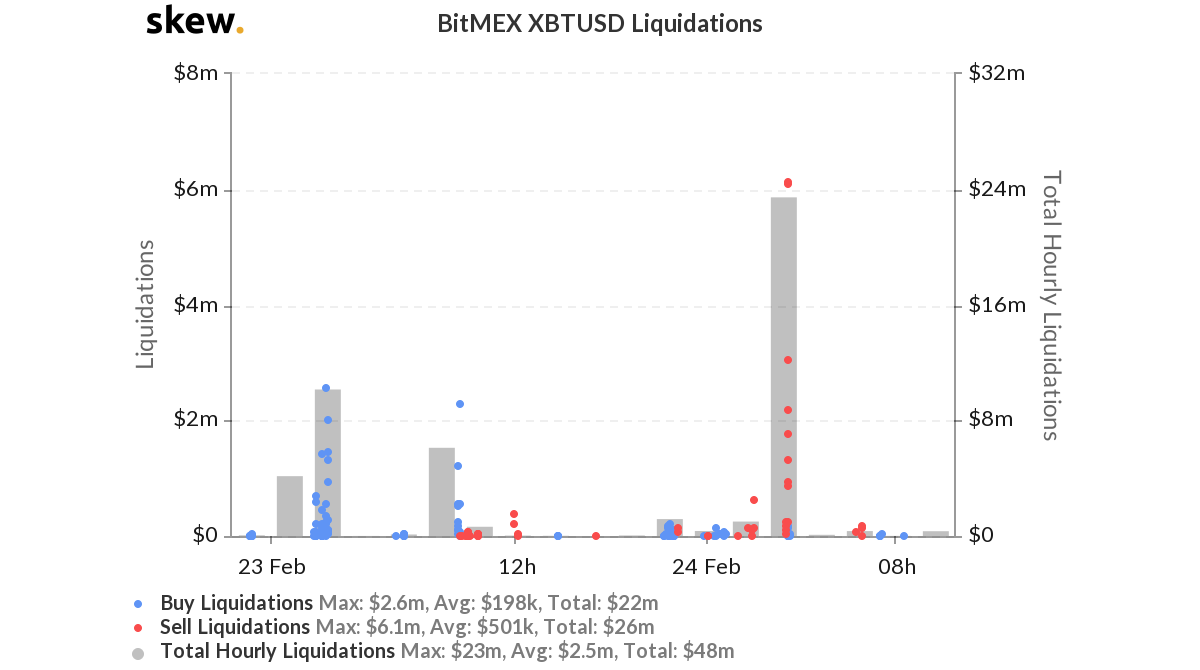 In light of the high correlation between Bitcoin and Ethereum‘s markets, Ethereum’s price was also impacted during the quake that moved BTC. Ethereum noted a fall of 4.11%, with its price sinking from $276.94 to $265.55. A total of $126k longs were liquidated on BitMEX exchange within an hour.

Even though the correlation between the Ethereum and Bitcoin market has been considered strong, the former reflected a way more stable market. This is especially evident in light of the fact that the Bitcoin Futures market shed volume more steeply over the past few days and at press time, was restricted to under $10 billion.

CoinMarketCap’s dominance chart offers an interesting observation too as Bitcoin’s dominance has been falling since the beginning of the new year. On 1 January, BTC domination was firm at 68.29%, however, this level fell to 62.74% on 24 February. Conversely, Ethereum’s dominance, while minimal, noted a rise from 7.41% to 10.38% over the same period.

Dubai's real-estate firm partners with Huobi to accept crypto payments
Ethereum Software Parity to Update After Critical Bug Detected
Here Is Why Dips In Ethereum Could Be A Trap By The Bulls
ICO Alert Crypto Minute: May 3, 2018