Ethereum may scale to be a trillion-dollar market, if Defi remains relevant

A new investor entering the digital asset market right now, without any prior information of the industry, may potentially be inclined towards Ethereum. The second-largest crypto-asset has risen by 106.44 percent in 2020, outshining the likes of Bitcoin and the rest. Although the price has been slightly bearish over the past two weeks, the overall sentiment remains positive.

Cannon used the term ‘economic bandwidth’ in the context of Ethereum’s capacity to support DeFi applications. Pinning the growth of DeFi‘s long-term success, Cannon explained that Ethereum’s current lending process required a ‘collateralization ratio’ of 150 percent; meaning, if Ethereum’s current market cap of roughly $30 billion is taken into consideration, the network will allow a loan of maximum of $20 billion USD if every ETH unit is used.

However, at press time, the amount of ETH used in collateralized loans and other financial applications was around $2.8 million, which is slightly under 2 percent of the total 109 million ETH in circulation.

Assuming the total number of ETH will not cross 120 million (in accordance with Ethereum’s expected supply inflation rate), Cannon believes that about 10 percent of the total ETH supply will provide the economic bandwidth for the $1 trillion derivatives market. The catch arrives where according to calculation, each of those 12 million ETH units would need to be valued at $80,000.

Such a steep rise in valuation may turn the most optimistic person a little skeptical as well. However, Cannon admitted,

“There is a lot that needs to happen for Ethereum finance to grow from $1 billion to $1 trillion, a scaled-back version of this outlook is still difficult to reconcile to today’s valuation.”

Besides the assumption being a little over-bullish, it is important to consider the fact that DeFi is not a sure-shot lending protocol as of yet.

The latest bZx attacks turned a lot of heads in the industry as over $1.2 million worth of ETH was stolen over two meticulously thought-out plans. Although Cannon believes such attacks will continue to some degree, it is still a major issue that needs to be taken into consideration, before pinning all hopes on Ethereum’s DeFi protocol.

From a bullish perspective, Cannon’s high hopes on ETH crossing $5000 by the end of 2020 would need a lot of things to go right for Ethereum. However, certain investors have already pinned their hopes on a rise. 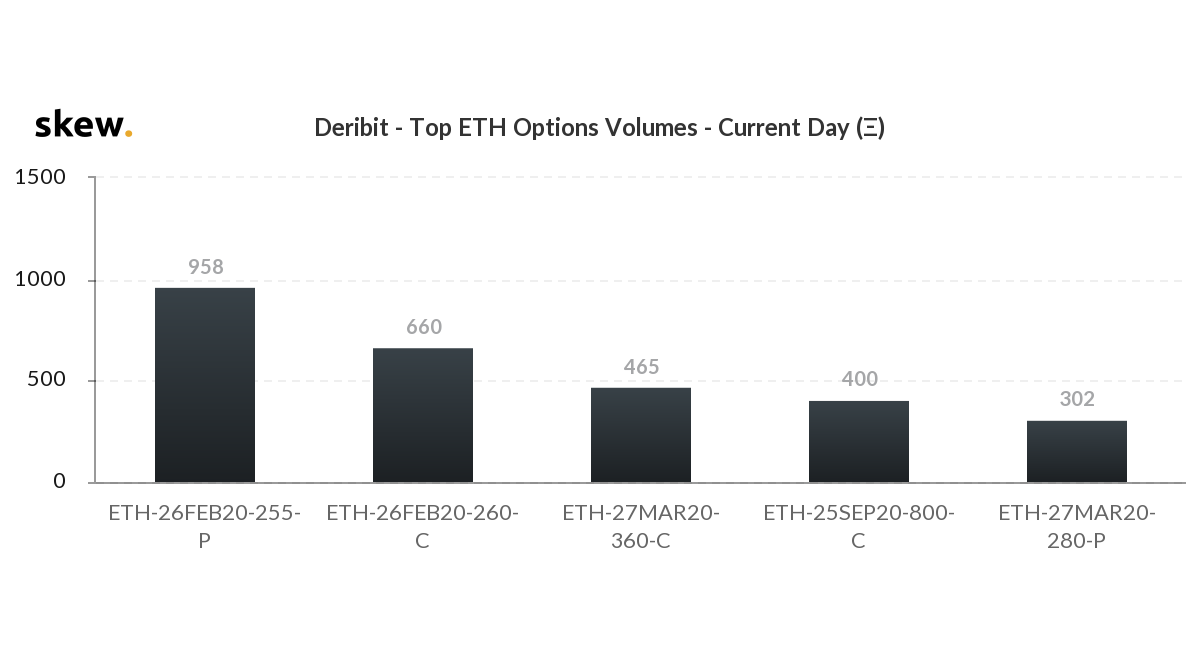 According to the chart attached above, 400 ETH options contracts were currently placed which predicted the price to go above $800 by the end of September, before the contract expires on the 25th. That is approximately 103K worth of assets, a significant amount in any investment medium.

Ethereum Smashes Key Resistance: Technicals Indicate Fresh Rally To $288
Ethereum Recovery Won’t Be Easy Above $212 As Bulls Fail To Fight Back
Zcash Will Get a Gateway Into Ethereum’s DeFi Ecosystem
Ethereum eyes consolidation above $153 by March 27th