Ethereum, like Bitcoin, is stuck with its price trying to decide which way to move. The brutal sell-off that began on February 24 ended with most altcoins dead in the water. ETH rose 126% since 2020, however, it shed 23% of that surge in under 14 days.

Similar to most altcoins, Ethereum is undergoing sideways movement deciding whether to surge or drop. 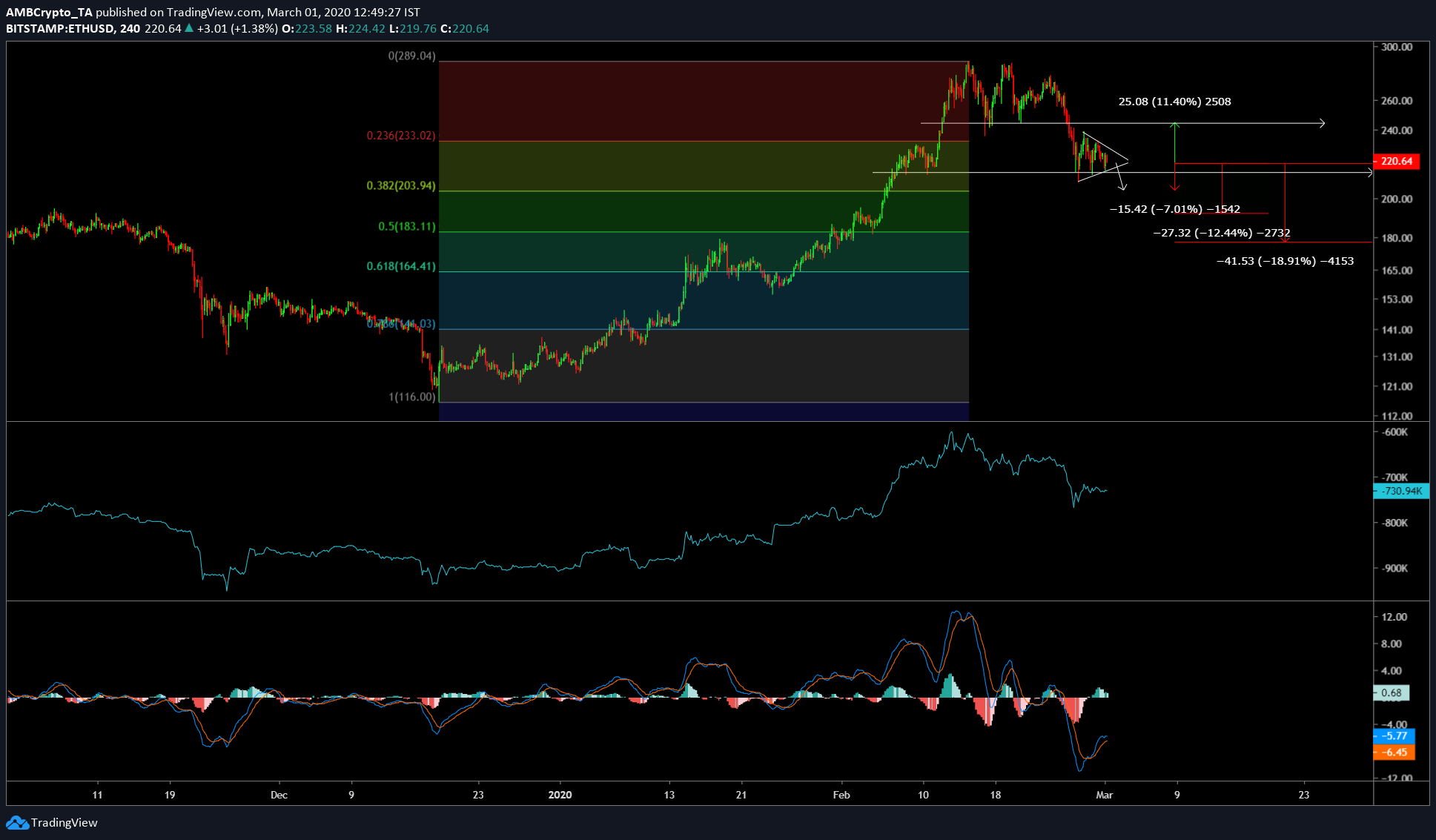 At press time, ETH was worth $222 and was moving in a pennant formation. The breakout from this pattern has two obvious directions to go, surge or drop. However, at press time, the bearish drop seems likely. The On-Balance Volume for Ethereum was on a decline since February 24 indicating that money is moving out of the ETH market.

Simultaneously, MACD indicator, also stuck below the zero-line, looks feeble and almost ready for another bearish crossover. With receding green histograms, it looks like a possible outcome, supporting bearish breakout.

A bullish case for ETH

Due to the staggering correlation that exists between BTC and ETH, a surge in the former would translate to a surge for ETH. Hence, a breach from the pennant would also cause the price to push to $244.69 which would be an 11% surge from ETH’s current price. 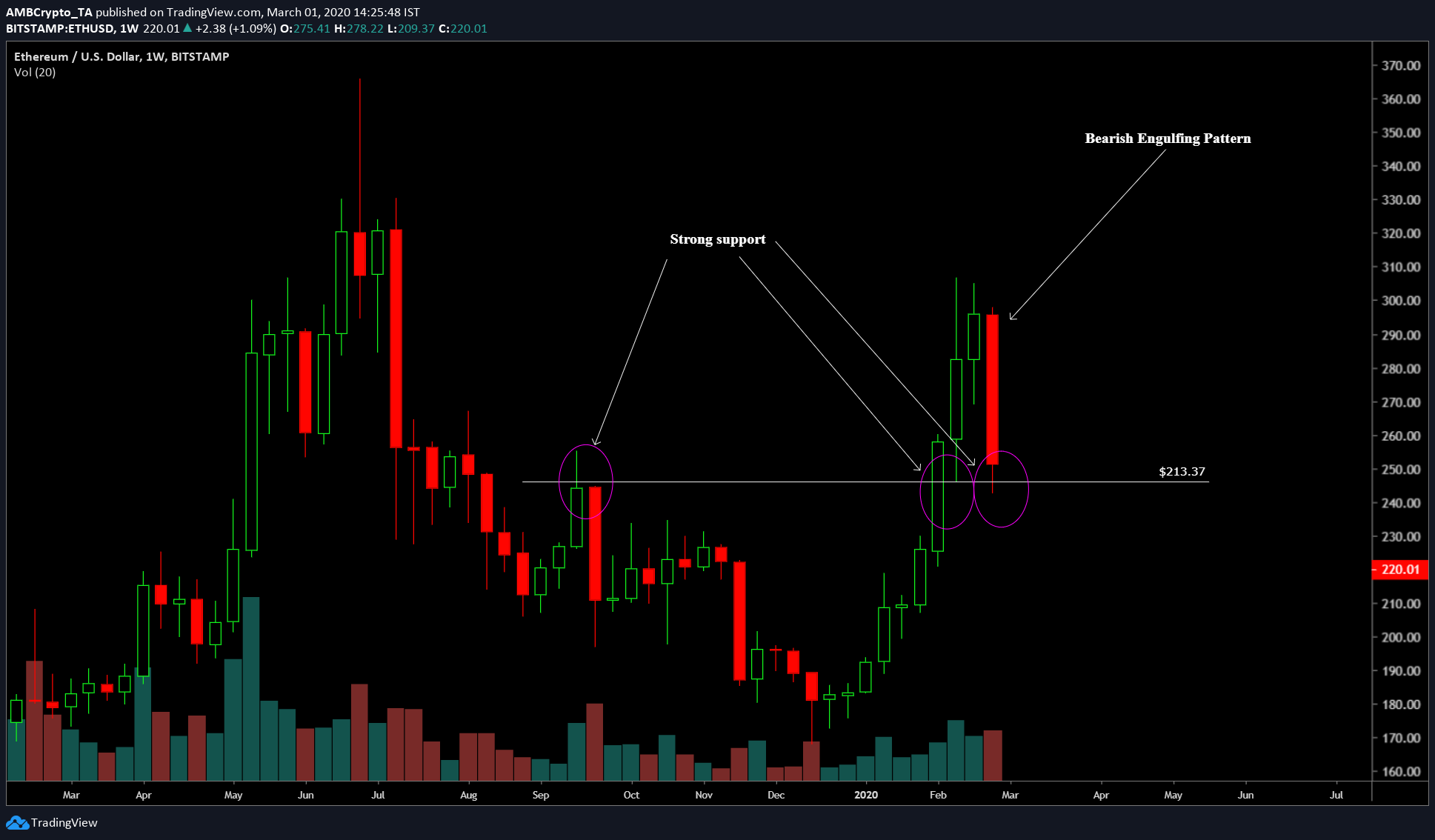 Put it simply, ETH’s weekly candle has undone 35% of price surge that spanned over two weeks in less than a week.

Further, the only bullish thing in the weekly time frame is that the price was rejected by strong support at $213.37 which was tested by three weekly candles. Largely, ETH looks fine, however, considering the support, the price could still drop to the support.