Ethereum recorded an exponential rise in its price in early-2020. However, come mid-February, the bullish momentum stalled, with the world’s largest altcoin recording significant losses.

However, despite a brutal weekend which saw massive sell-offs, Ethereum’s price appeared to have held on to the bulls. The same cannot be said for Bitcoin. The king coin, on the other hand, is building bearish momentum.

Despite major price corrections after the crypto-market’s rally in January, Ethereum was observed to be more volatile than the king coin. This is evident from noting the increase in ETH-BTC realized volatility spread for six months on the Skew charts. This gauge has been increasing for quite some time now. 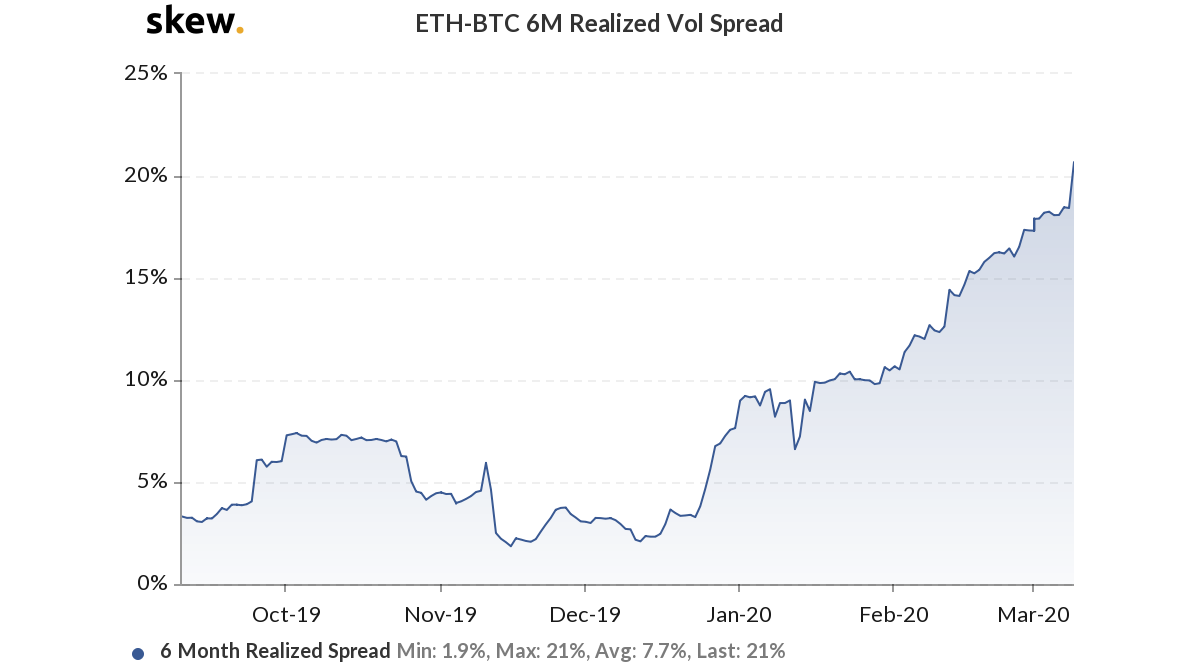 Interestingly, aggregated daily volume on ETH’s spot on two exchanges, Coinbase and LMAX Digital, collectively shot up to $130 million on 9 March, of which Coinbase contributed $91 million. This level of spot volume from these two exchanges was last seen on 27 June 2019 when the figures hovered close to $152 million. 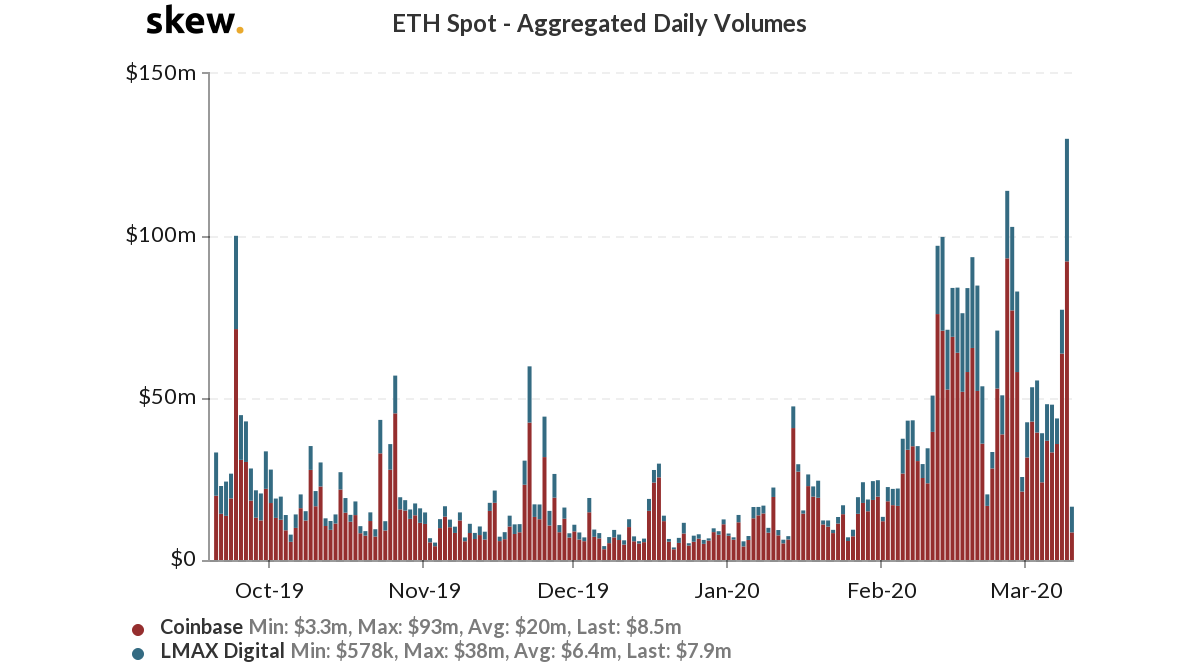 Ethereum’s Options, on the other hand, did not exhibit any impressive numbers, with Deribit posting only $4.6 million the 9 March; the Futures’ aggregated volume, however, registered an all-time high. The aggregated daily volume for Ethereum Futures touched $5.6 billion on 9 March. Huobi dominated the figures, contributing a massive $1.9 billion, with OKEx contributing $1.3 billion as well. BitMEX and Binance followed suit with $816 million and $778 million, respectively. 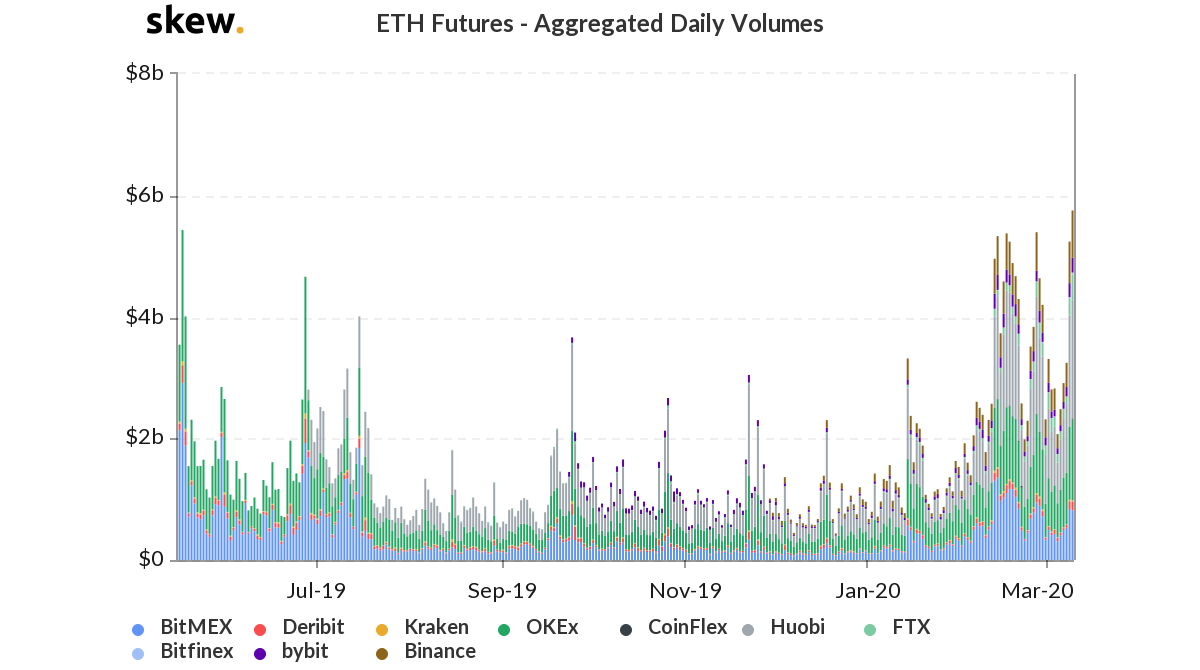 The upsurge in spot from the two exchanges, coupled with the rise in Futures volume, has catapulted Ethereum’s volatility. The narrative of the king coin being held while Ethereum is fiercely traded still seems to be holding true.