The Bitcoin market has been witnessing grave volatility lately. The world’s largest cryptocurrency has tried thrice to surpass the $8k barrier since the price drop on 7 March; however, it has failed every single time. Its latest effort on 10 March might have pushed the price of the coin above $8k, but it was short-lived as the coin soon fell by 5%. 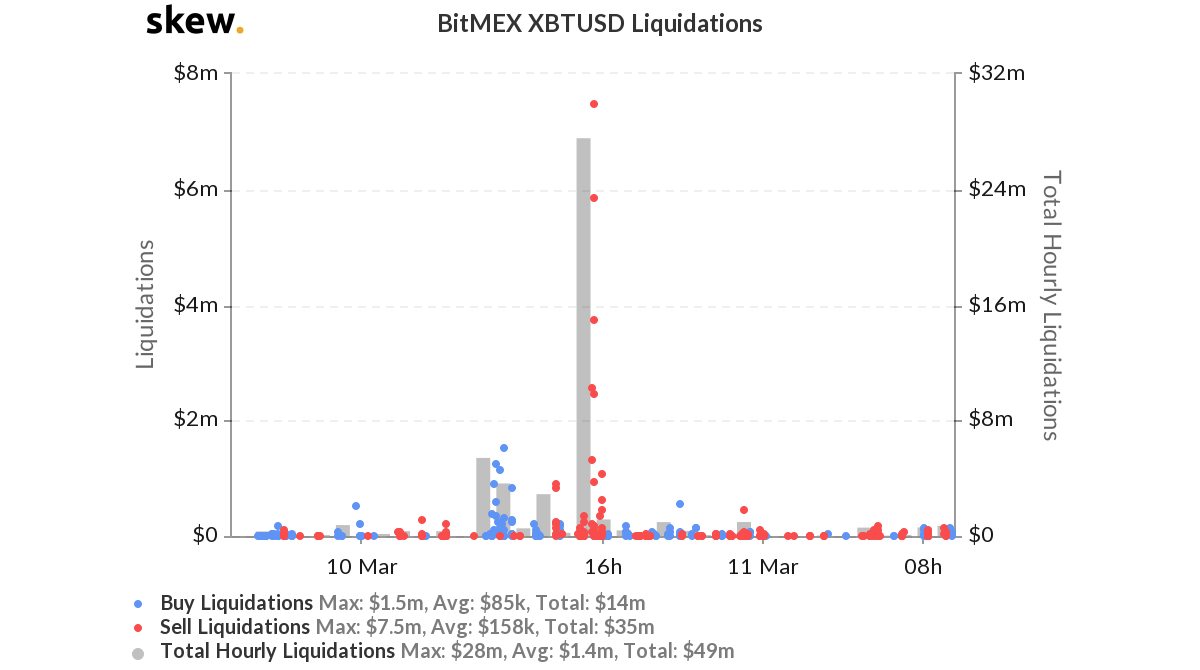 Due to Bitcoin’s correlation with Ethereum, a similar fall was noted in the ETH market, which in turn set off the liquidations. According to data provider Skew markets, a total of $1.4 million liquidations took place in the BitMEX ETHUSD Futures. However, unlike the Bitcoin market, Ethereum’s buyers were adamant to push the price of the coin up as they outperformed the sellers in the market. The buy liquidations were reported to be $797k, whereas the sell liquidations were around $625k.

However, closely observing the falls that took place in the market on 10 March revealed something unusual. Bitcoin’s price charts on Coinbase exchange revealed an odd gap, one recorded at 15:30 UTC.

This gap could have been an error that arose at the exchange’s end or TradingView’s end. Another interesting observation was that following the incomplete candle, at 15:35 UTC, the difference between BitMEX’s and Coinbase’s spot BTC price was stark. BitMEX opened the 15:35 hour with a BTC price of $7,743 while Coinbase opened at $7,857.10, a difference of $114. As the highest price at that particular time on BitMEX was marked at $7,866, Coinbase surpassed it with $7,872.15. 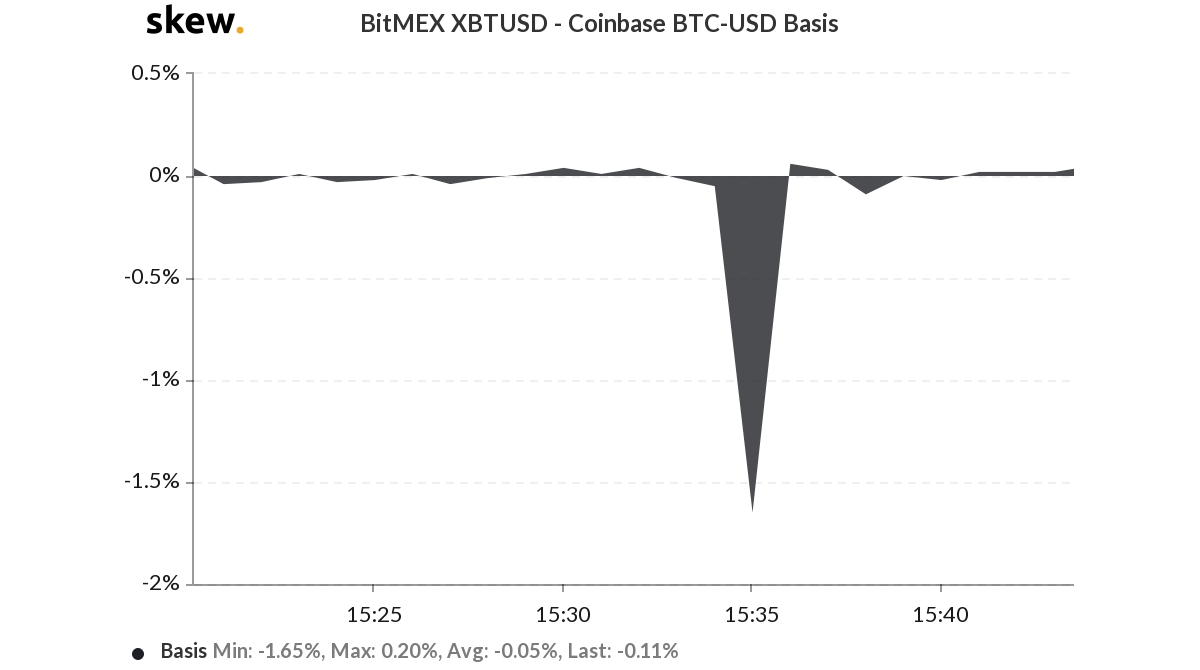