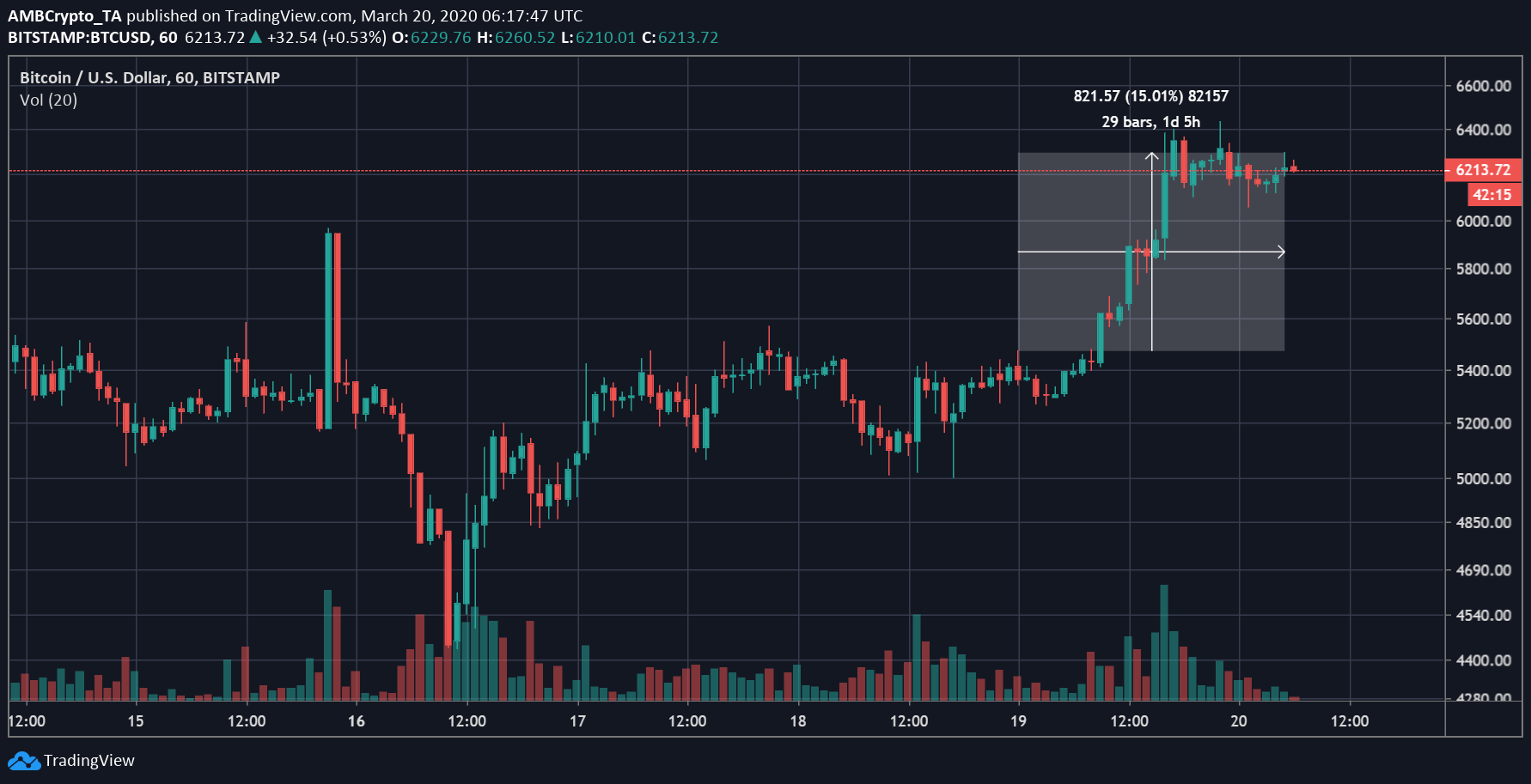 As the price of Bitcoin surged in the market, BitMEX’s Bitcoin futures saw buyers flooding in the market and going long on the coin. According to data provided by Skew, BitMEX’s platform reported total liquidations of $76 million, with $59 million being the Buy liquidations and the remaining $16 million were Sell liquidations.

The rise in BTC price also caused the price of other major cryptos to rally along. Ethereum, highly correlated with BTC, noted an acceleration in its price by 15.59% since the beginning of 19 March. The price of the crypto moved from $120.49 to $139.28. At press time, Ethereum maintained its value at $137.23.

Ethereum’s futures market on BitMEX also reported an increased liquidation. Skew reported total liquidation of ETH futures was worth $5.4 million, and $5.1 million accounted for Buy liquidations with $271k sell liquidations. This was an affirmative action from the traders in the market and might be reflective of upcoming growth. 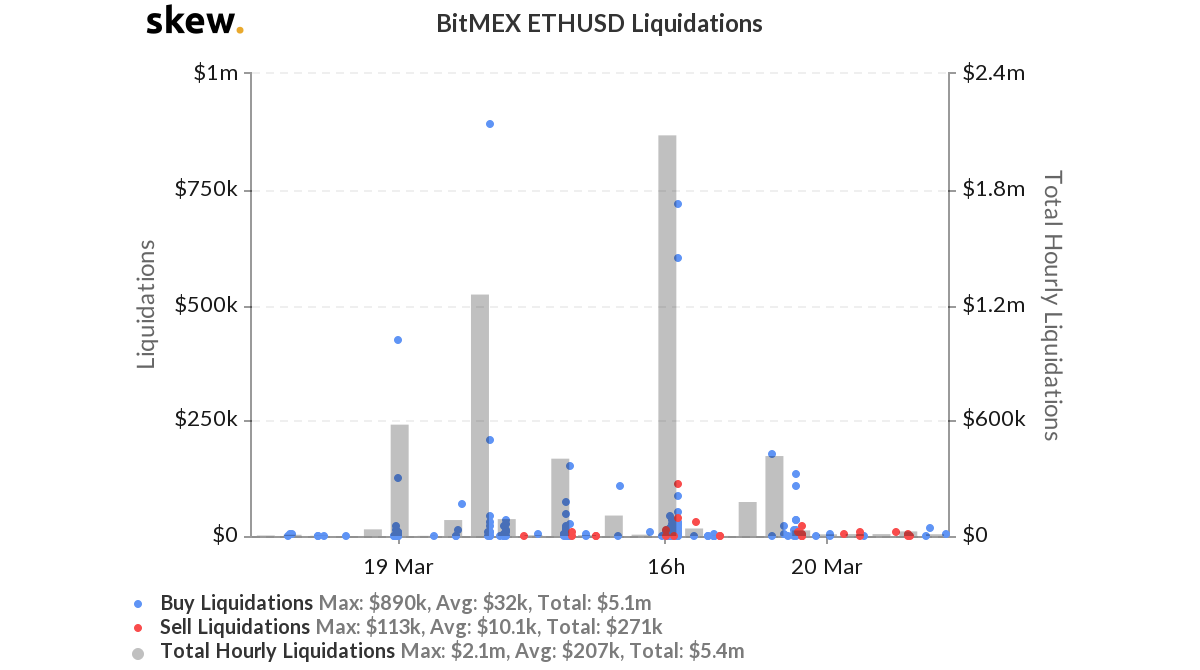 Market interest was also reflected in the rising Open Interest marked on BitMEX exchange. According to Skew, OI had taken a serious hit to $12.93 million when the price of ETH fell on 12 March, however, it has noted a significant rise of 181% since. 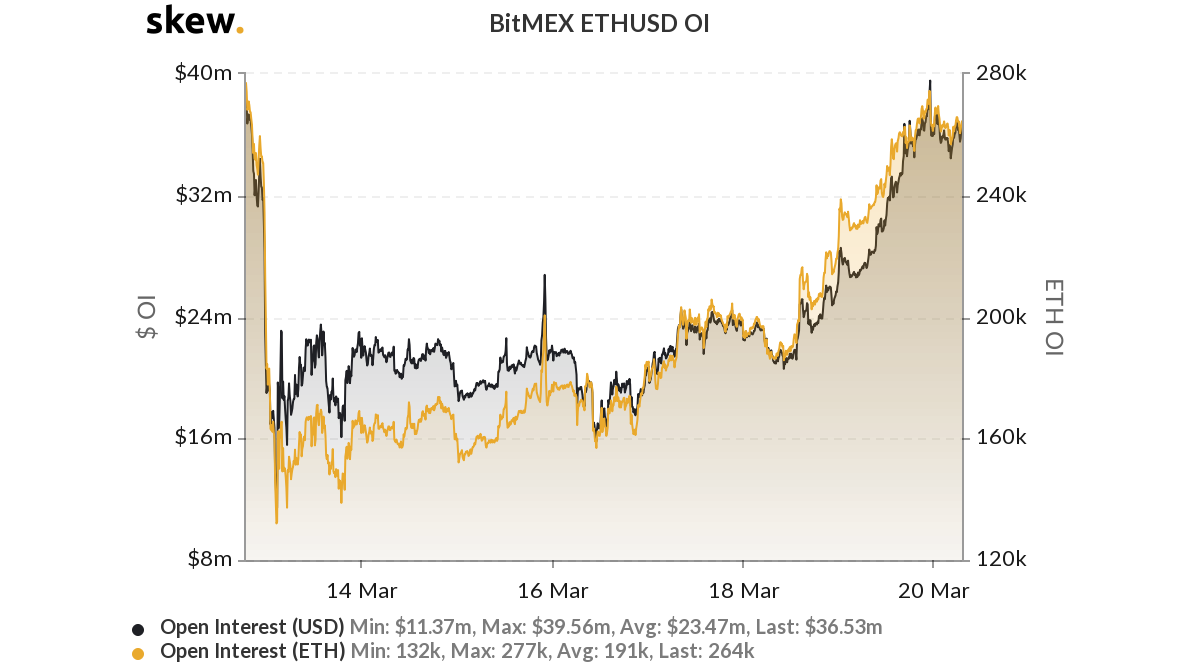