For tokenized Bitcoin and Ether, have the roles reversed in DeFi?

Bitcoin has cemented itself as the world’s largest cryptocurrency, with Ethereum in second place with a market cap of $15 billion. However, in the digital asset lending market, Ethereum’s decentralized finance applications and DeFi have also established themselves. In fact, earlier in 2020, the total value locked in DeFi had exceeded $1 billion.

Interestingly, the role of Bitcoin-backed tokens on Ethereum has an interesting tale to tell in the Ethereum ecosystem.

David Hoffman, Chief of Operations at RealT, on the latest episode of the Epicenter podcast, spoke about the role of tokenized Bitcoin on the Ethereum platform and the feedback loop phenomena. Commenting on the trustless nature of DeFi and collateralization, he said,

Hoffman went on to highlight that this has resulted in Ether being used by Bitcoin as collateral, and not the other way around. 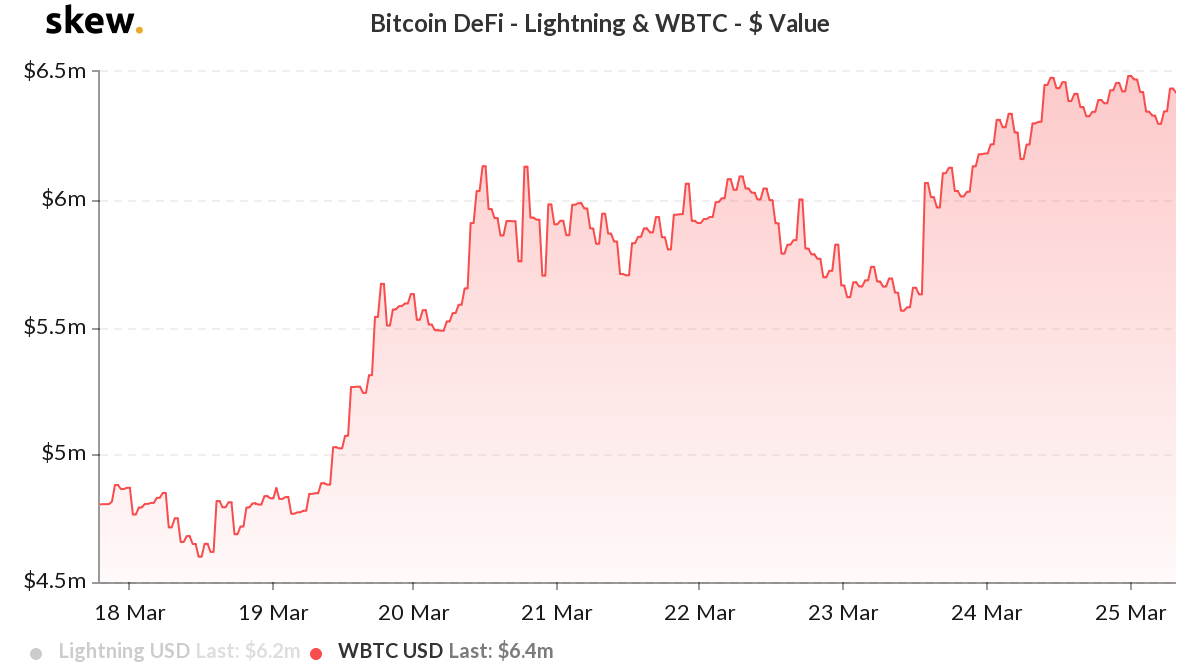 As per data from Skew markets, while Bitcoin DeFi WBTC’s value dropped substantially during the Bitcoin price crash earlier in the month, the past week has seen a reversal. WBTC’s value had increased from $4.8 million to $6.4 million, at the time of writing.

With regard to liquidity, Hoffman also highlighted how the roles have been reversed. He said,


“Inside of DeFi, the roles have reversed when Bitcoin comes to DeFi, Ethereum has way more than a 100X of market cap versus tokenized Bitcoin and Ethereum, way more liquidity. Also all of the liquidity inside of Uniswap belongs to Ether, not to tokenized Bitcoin”

Similar to how Bitcoin incentivizes scarcity and uses it as a positive feedback loop, Ethereum too does something similar, according to Hoffman. He noted the role of the proof of stake protocol’s ability to pull Ether off the secondary market, adding,

“The scarcity game is on, and this is why Proof of Stake is so incredibly powerful because it pulls so much Ether off of the secondary market. There’s such a strong incentive there, that it is one of the big players in this massive scarcity game. So this is the positive feedback loop that is created and that’s really the thing that generates the power, the internal power generation system of Ethereum.”