Ethereum’s market was met by a lot of upward momentum on 6 April, with the movement helping the spot price of the digital asset, while also reinstating confidence in the market. The price of the world’s largest altcoin got a boost of 22.29% over a period of 24-hours and was being traded at $172.17, at press time. However, as per observations by data provider Glassnode, the MVRV ratio of Ethereum is under 1. 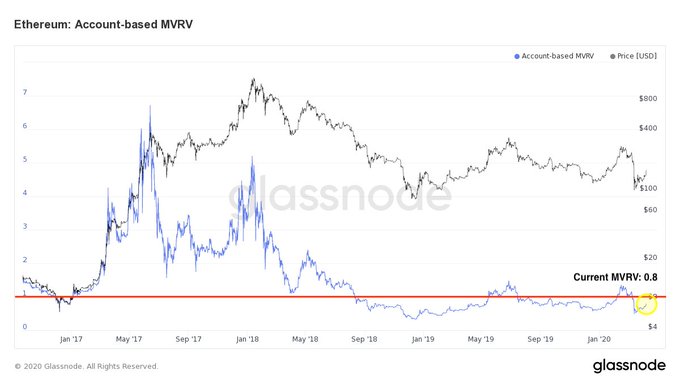 “#Ethereum’s MVRV Ratio, a metric used to assess if price is above or below “fair value”, currently sits at 0.8 – indicating that it is currently undervalued.”

The MVRV ratio is a comparison between the Market Value [Market cap] and Realized Value and is considered by many as a potential way to gauge whether or not market participants are in profit. According to the chart provided by Glassnode, Ethereum’s MVRV had sunk under 0 for the first time in 2018, following which it managed to break above it just twice.

The second time was in 2020; however, due to the volatile market, it dipped back under 0 and at the time of writing, stood at 0.8.

This suggested that despite the price rise, ETH was still undervalued as its realized value was still $202, while the market value was $172, at press time. A breach of the MVRV ratio above 1 could mean that speculators had a higher average market valuation than holders.

Along with the MVRV ratio, the Spent OutputProfit Ratio [SOPR] also fell under 1, highlighting that owners of spent transactions were not in profit at the time of the transactions. In fact, the traders were incurring losses, while selling Ethereum. 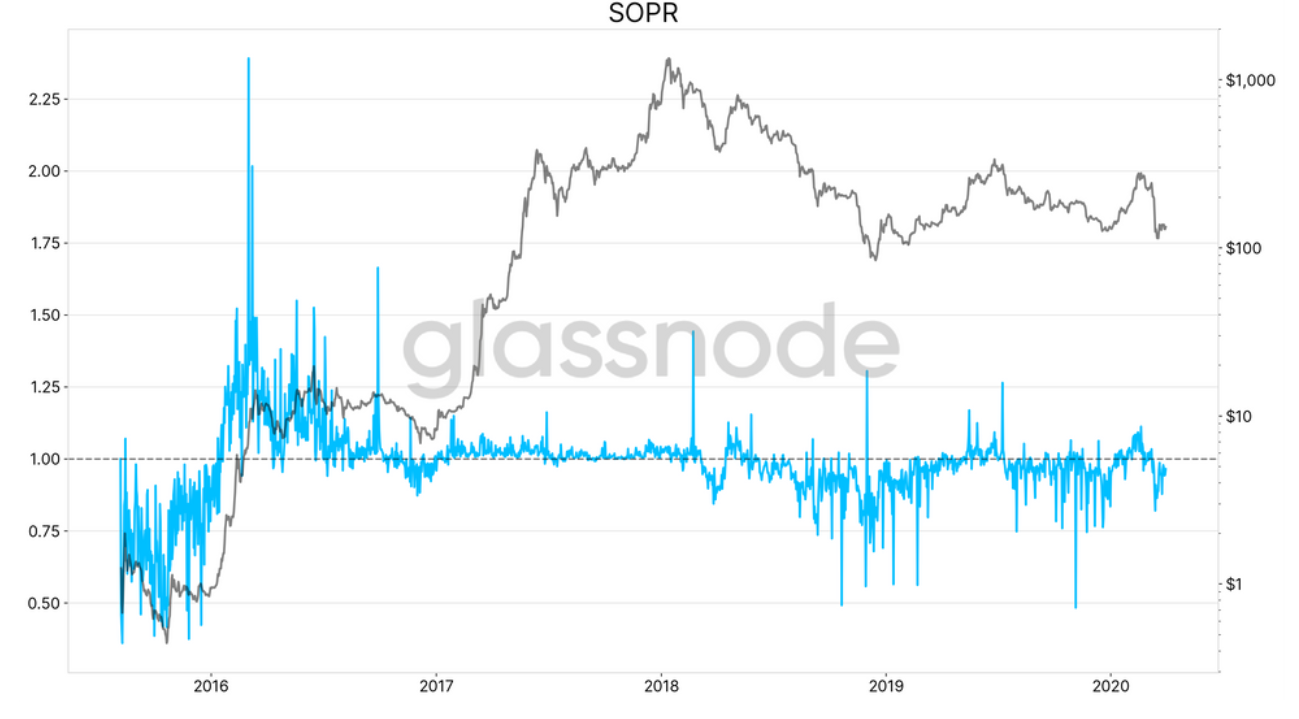 A push above 1 will imply that people are, on average, selling at a profit, as the price sold will be greater than the price paid. During a bear market, as the market corrects prices promptly, the SOPR value is pushed above 1. Thus, an upwards swing could be visible in the Ethereum market.