Ethereum’s scarcity narrative might be boosted by DeFi’s growth

Cryptocurrencies have made immense inroads when it comes to elevating their status as a digital asset. For the world’s largest cryptocurrency, Bitcoin, its comparison to store-of-value assets like gold has only contributed to its popularity. Interestingly, Ethereum too has joined the bandwagon, with its native currency Ether exhibiting its own form of scarcity.

On the latest episode of the Bankless podcast, David Hoffman, Chief of Operations at RealT, highlighted Ether’s native mechanisms that add to its scarcity and in turn, its value. Hoffman pointed out the scarcity mechanisms in Ether in opposition to the scarcity narrative in Bitcoin, adding,

“I believe Ethereum gets its political differences from Bitcoin, where Bitcoin has one large single pillar, which is 21 million now and 21 million forever. Ethereum has three smaller pillars that each  represent their own scarcity mechanisms”

Hoffman elaborated on the role of DeFi within the Ethereum scarcity narrative and highlighted Ether’s use within the DeFi ecosystem as a store of value asset. He elaborated,

“The first one is the one that we all know and love – DeFi… That is Ether being used in this DeFi ecosystem as collateral and the more Ether in DeFi the less there is everywhere else.”

Hoffman also highlighted that as the DeFi ecosystem grows with increased protocols operating within the ecosystem, the more scarce Ether is going to get. 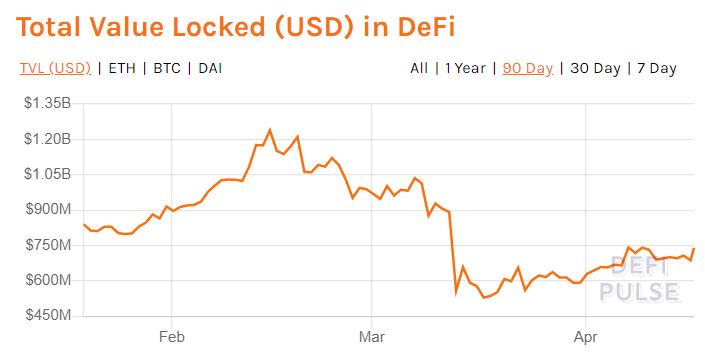 Earlier in the year, the total value locked within the DeFi ecosystem had crossed the prized $1 billion-mark. However, as the next few months were filled with surprises for the crypto-market, this figure also took a substantial hit. At the time of writing, according to DeFi Pulse, there are over $740 million locked in Defi.

Commenting on the role of staking and how it affects the Ethereum network’s security, Hoffman noted,