Bitcoin, Ethereum, and the rest of the crypto market have been on quite the tear of the past week, with BTC rallying from $6,800 to $8,450 in a matter of a few days. But over the past 48 hours, the crypto market has stalled, with nearly all digital assets posting 8% losses from the local top. 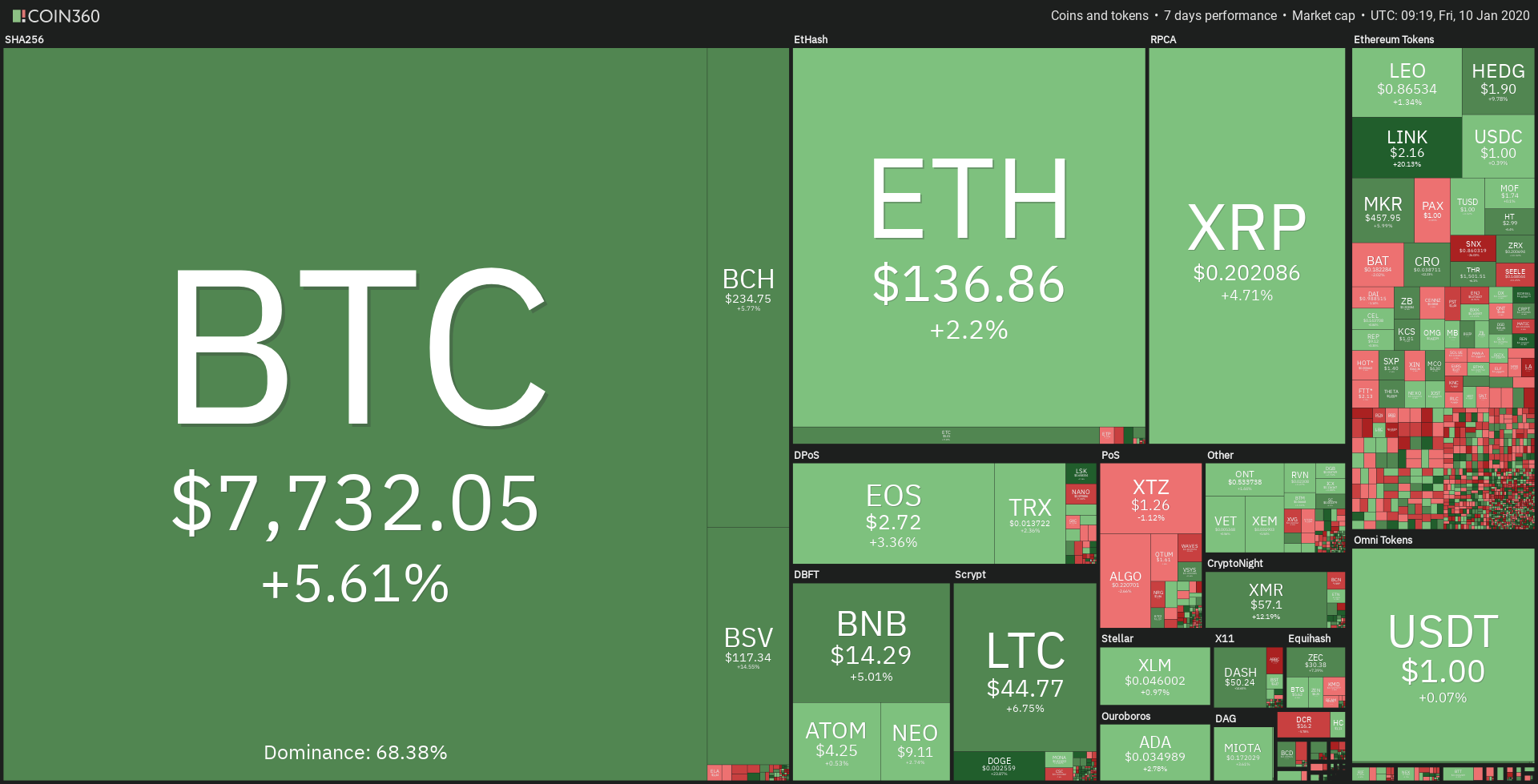 While prices are holding relatively stable at the moment, an analyst has noted that both BTC and ETH are on extremely thin ice.Related Reading: Bitcoin to Surge 150% In 6 Months? Why Analyst Thinks It’s PossibleEthereum Needs to Hold This LevelMichael Van De Poppe, a contributor to CoinTelegraph and a noted crypto analyst, recently noted that Ethereum is effectively on the edge of a cliff at the moment, per his analysis.He noted that if the second-largest cryptocurrency manages to break below $133 —  a mere 2.5% below current levels — on a daily basis, meaning that it will have to turn that area into resistance, a move to $100, maybe even lower, could be had.$BTC #BITCOIN & $ETH #ETHEREUMStill, basically two scenarios I’d be watching.Holding $7,500-7,600 on $BTC and we could look at $9,500.
Losing $7,500-7,600 and I feel we’re accelerating towards $5,800 or $6,400.Similar with $ETH, losing $133 -> $100 on the table. pic.twitter.com/m9wR1lDsrf— Crypto Michaël (@CryptoMichNL) January 10, 2020
Van De Poppe, who is also a full-time trader at the Amsterdam Stock Exchange, noted that $133 is an extremely important horizontal support, for it acted as support last April and in November of last year.While he did present a harrowing price action, he noted that if $133 can be held, a move 20% to 35% could be had in the coming months.Bearish Catalysts ExistWhile a drop to $133 seems somewhat far away, there is a notable bearish catalyst.Just recently, Whale Alert, a Twitter account dedicated to tracking suspicious blockchain transactions, posted the tweet below. In it, the account indicated that 1,130 ETH, worth around $153,000 as of the time of writing this, was transferred from a wallet operated by those involved in the $50 million Upbit Ethereum hack to an unknown wallet.⚠️ 1,130 #ETH (153,068 USD) of stolen funds transferred from Upbit Hack Nov 2019 to unknown walletTx: https://t.co/D5cDVq9gaM— Whale Alert (@whale_alert) January 10, 2020
This may seem negligible, but NewsBTC’s analysis of the transaction and related addresses found that this single transfer is more sinister than it may seem on the surface. Our analysis using Ethereum blockchain explorer Etherscan found that portions (in smaller batches of 25, 50, 100 coins) of the 1,000+ ETH are being siphoned into a decentralized exchange.There remain millions of dollars worth of Ethereum related to the hack in non-exchange wallets, making it likely that the hackers are waiting for the right moment to transfer those funds to exchanges in a bid to cash out their booty. Not to mention, we spotted a $600,000 suspicious transaction just last week.Related Reading: Why Bitcoin Investors’ HODL Mentality Means a Price Surge Is ComingHackers sending funds to exchanges can only mean one of two things: they’re attempting to cash out their stolen cryptocurrency, or they’re looking to convert their assets to another cryptocurrency (maybe to Bitcoin or Monero in this case) to make their transactions less traceable.Featured Image from Shutterstock