The age of Ethereum ICOs- a double-edged sword

Thanks to its innovation around building decentralized applications [DApps], Ethereum became crucial for the ICO space. However, the 2017 ICO boom and bust attracted a lot of bad press for the ecosystem since a large portion of many ICO scams leveraged Ethereum blockchain.

Highlighting the ICO phase, Camila Russo, the Founder of The Defiant, in the latest edition of Flippening, stated,

“That was obviously a bad thing to happen that Ethereum enabled, but if you look at the innovation itself, the initial coin offering itself, I don’t think it’s necessarily a bad thing to be able to enable a way to raise money in a decentralized way, without having to ask permission from Silicon Valley and the Wall Street banks.”

Russo, who is also the author of an upcoming book based on the origins and rise of Ethereum called, ‘The Infinite Machine’ asserted that Ethereum enabling the option of raising money in a permissionless way was the first step toward decentralized finance and added that raising money was the first financial or “at least successful financial application” on top of Ethereum.

A study conducted by crypto analytics company, Chainalysis found that the revenue of scammers, as well as the number of victims, nearly doubled in 2018 when compared with the previous year. ICO exits, Ponzi schemes, and phishing attacks were the second most common type of scams involving ETH. 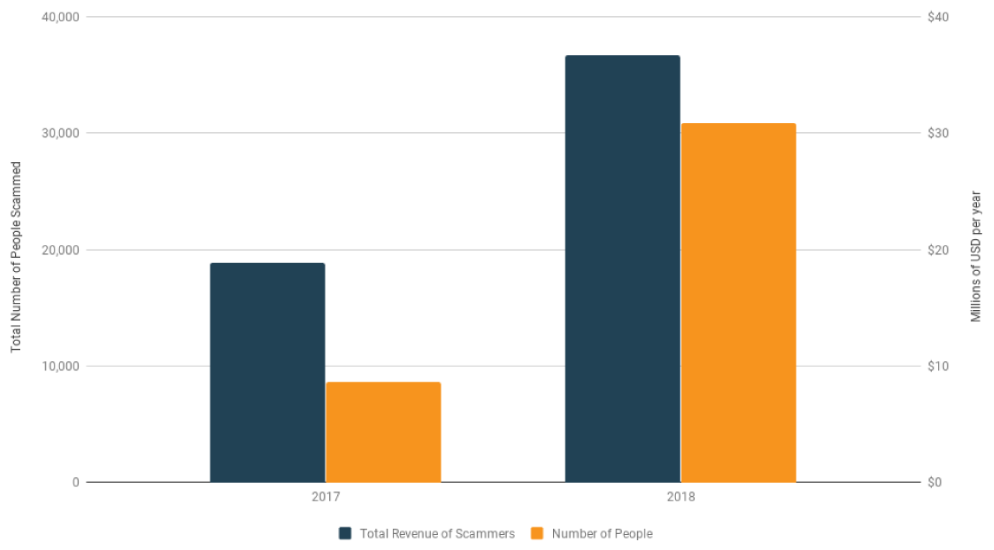 Talking about the scams and all the bad press it brought along with it for the Ethereum ecosystem, the author stated,

“Ethereum and tokens became such a bad name that people are very careful this time around to make sure that things are done the right way, that incentives are aligned, that developers and teams building these projects actually have the right incentives to follow through and deliver.”