Ethereum has recorded an exponential increase in both spot, as well as derivatives volume. With strong metrics, Ethereum has become one of 2020’s biggest showstoppers in the crypto-space. The second-largest cryptocurrency by market cap recorded over 75% in YTD gains from trading at a low of $130 on 1 January to a whopping $228, at press time.

On the other hand, Bitcoin’s YTD gains stood at around 22% as it sustained a major pullback after trading close to $10,000 and even breaching the crucial level briefly, on a couple of occasions. While Ethereum’s uptrend has continued, it has, however, suffered a loss of over 19% from its yearly high of $284, while Bitcoin has declined by 15% from its year-high of $10,366 on 13 February 2020.

This could potentially be due to the rise in trading in both the derivatives, as well as the spot market. Traders might not be ‘hodling’ it for a very long time. That is not the case with the king coin. Traders have been holding Bitcoin in anticipation for a bullish price action for a long time now, especially since the halving is coming up soon. 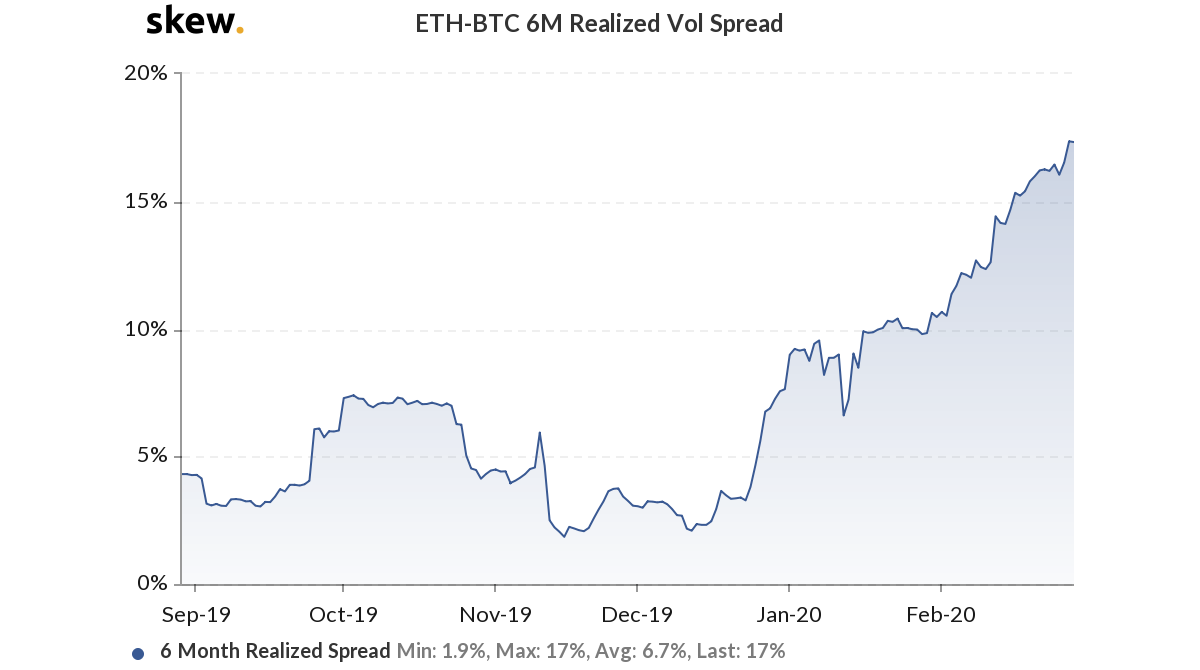 This essentially means that, relative to Bitcoin, Ethereum is now more volatile as its price has fluctuated rapidly during this period. Looking at the Skew charts for ETH-BTC realized volatility spread for six months, a massive spike can be seen. At press time, it stood at 17%, a level not seen since June 2019.

This is something that has caught the eye of many in the crypto-community, with noted crypto-market analyst Alex Krüger stating,

“The average $ETH trading volume during the past week has been 4 times larger than the average volume for the second half of 2019. Somebody has been buying a lot of $ETH.” 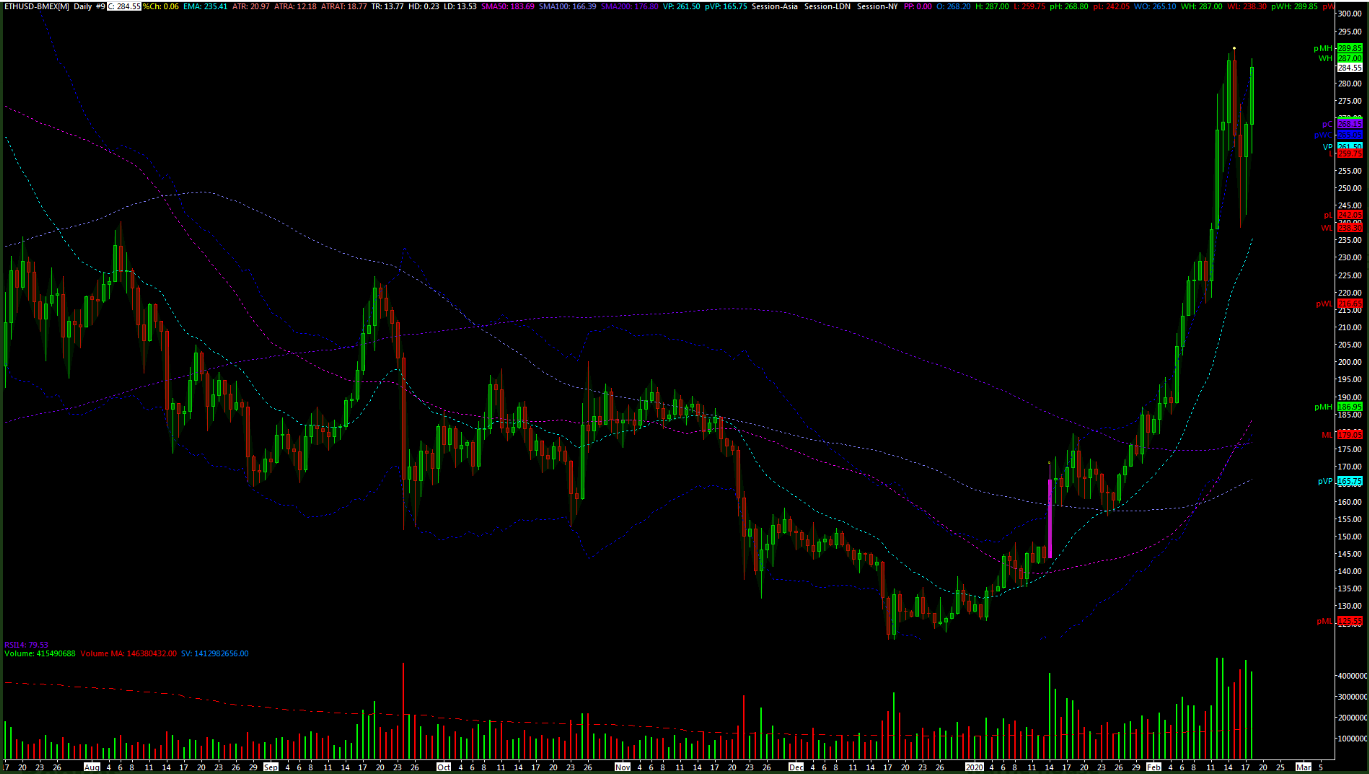 While ETH Futures as well Options volume rose due to the recent upsurge, the aggregated daily volume of ETH spot, on the Skew chart, followed suit. The figures for spot volume touched an ATH of $144 million on 26 February, 81.5% of which was contributed by Coinbase and the rest by LMAX Digital.

The rise in spot, coupled with the surge in derivatives volume, has catapulted Ethereum’s volatility, when compared to that of Bitcoin, something that suggests that while the king coin is being Hodled, Ethereum is being fiercely traded. 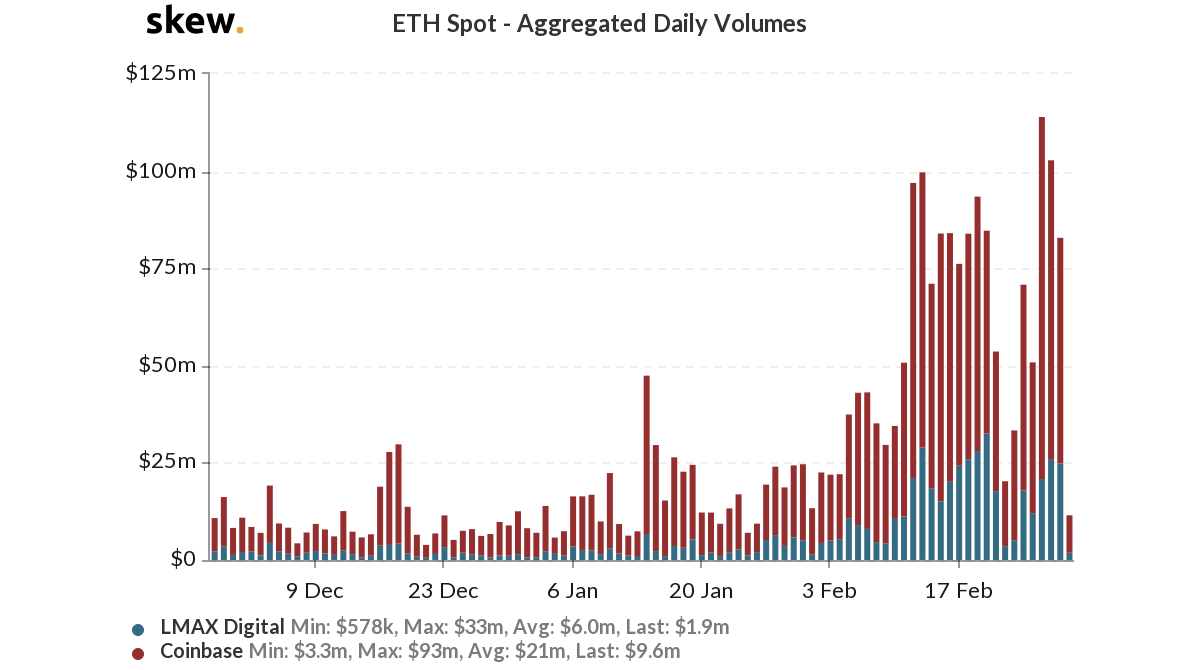