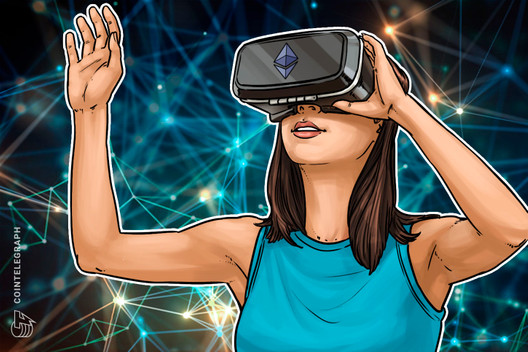 According to a March 19 announcement, Matic will allow the decentralized application (DApp) to carry out faster transactions and create a better user experience. The partnership is also meant to better facilitate decentralized transactions on the platform.

As part of the partnership, Matic also participated in Sandobox’s second round of the presale of the virtual LAND represented by non-fungible tokens (NFTs). The land staked by Matic will be used to help introduce the project’s community to NFTs and DApps. The announcement reads:

“This will be the occasion for our communities to familiarize with another side of their project and meet up in their exclusive LAND.”

Cointelegraph reached out to Matic and The Sandbox for additional commentary, the article will be updated once they are received.

Virtuals worlds in the land of blockchain

The Sandbox is the latest example of a blockchain-based VR project that allows its users to purchase a limited supply of virtual land. As Cointelegraph reported in a recent analysis of similar projects, the users of Ethereum-based VR world Decentraland have spent over $1 million on digital land.

The Sandbox has recently announced its third land presale after its mobile creation game has seen over 40 million downloads. The game has also attracted the attention of the gaming industry veterans Square Enix, known for releasing the Final Fantasy franchise. The video game giant has invested $2 million in the project.