Ethereum 2.0 transition will be an ‘evolution of platforms’

For the Ethereum ecosystem, decentralized finance (DeFi) has become one of its most promising ventures. In a world where finance and tech seem to overlap more often than not, coupling finance with the immense benefits of a decentralized blockchain can revolutionize the ecosystem drastically.

On the latest episode of the Epicenter podcast, Joseph Lubin, Founder of ConsenSys, spoke about the upcoming Ethereum 2.0 launch, the challenges it faces with regard to its rollout, and the predominant narrative within the Ethereum ecosystem and DeFi.

He highlighted how the DeFi narrative and Ethereum’s world computer narrative are valid simultaneously. He noted,

“I think all the narratives are valid simultaneously. Vitalik’s initial narrative is still very valid, we create lots of digital assets whether they’re cryptocurrency-like, equities, bonds or utility tokens…and it’ll get increasingly decentralized as we incorporate more of these protocols”

In the recent past, DeFi has come under the scanner after many commentators pointed out increasing levels of centralization within the ecosystem.

In fact, Cassidy Daly, Token Designer at Centrifuge, in a recent interview had highlighted that many projects within the DeFi ecosystem fail to be truly decentralized. She had said,

“I think you can have a really vague definition of what decentralized means. So there’s everything from bank-the-unbanked to really getting into basically taking away intermediaries.”

During Lubin’s interaction, the conversation steered towards whether or not DeFi will end up making the same mistakes as traditional financial systems. In response, he argued,

“This open programmable financial system, which enables programmers to touch the live financial rails directly,  program value tokens that move along those rails directly, there are going to be a lot of pitfalls there. But when we get ahold of it, when we prudently build it out in layers it’s going to be incredibly empowering.” 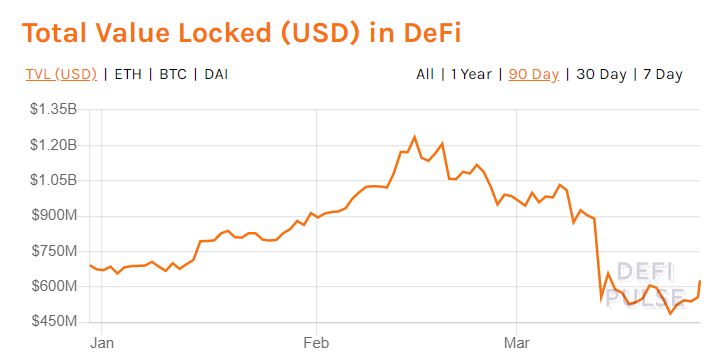 After having crossed the landmark $1 billion level in terms of total value locked in DeFi, the figure has now dropped to over $600 million, according to data from DeFi Pulse.

Commenting on the Ethereum 2.0 rollout, Lubin highlighted that he sees it more as an “evolution of platforms.” He pointed out how the transition between Ethereum 1 and Ethereum 2.0 will be a smooth progression, adding,

“So there will be all these bridges built. So first we’re going to see staking,  that enables on Ethereum 1 that enables the beacon chain, the heartbeat of Ethereum 2, to be stood up. So that, that’s almost certainly, that’s very likely to get landed in the first half of this year.”

Elaborating on the nature of Ethereum 2.0, Lubin said,

“The next phase in Ethereum 2 is adding 64 data shards. So a massive increase in the amount of available data on blockchain. The first good user of Ethereum 2 data shards is Ethereum 1 smart contracts. And so we’re seeing all these layer two solutions. Optimistic roll-up, zero-knowledge roll-ups, that need a ton of data. Essentially smart contracts on Ethereum 1, are going to be able to access massive amounts of data on a Ethereum 2.”