Ethereum, the largest altcoin in the crypto-market, had a somewhat nonchalant start to the year. For the first few weeks, its price rise eclipsed that of Bitcoin and the rest of the market; but with the king coin’s increasing volatility, the altcoin’s movement has become muted.

On both the spot and derivatives front, Ether has become increasingly less volatile, especially in the short-term. Since the Bitcoin-induced price drop took down the collective market on 12 March, the subsequent volatility had dropped for the altcoin. 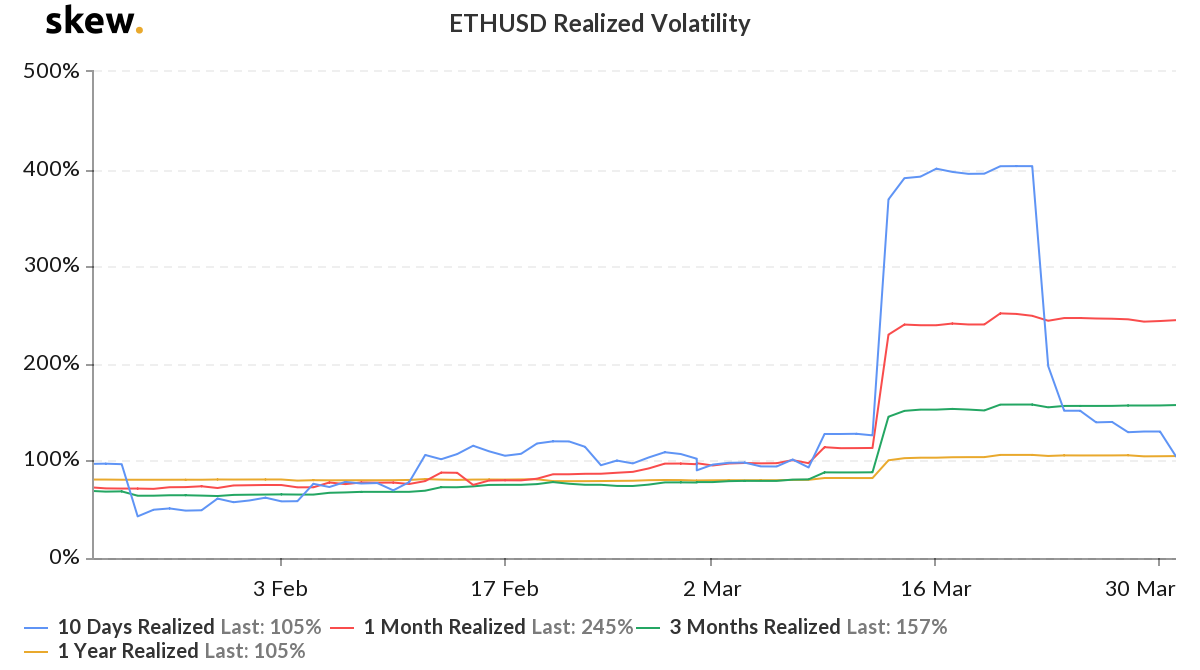 Since dropping to $110, with rogue trades in the double digits, Ether has been trading within the $110-$140 range. Owing to this muted movement, despite Bitcoin moving by a larger fraction of its price, the volatility of the altcoin dropped significantly over the past two weeks.

Going by this trend, Options traders are expecting the altcoin to move less erratically in the future. The 1-month implied volatility for Ether dropped below its 3-month equivalent, based on the pricing of Options contracts over the aforementioned time periods.

Further, the ATM volatility term structure for the altcoin also presented an optimistic movement up, with realistic pullbacks. Traders are expecting Ether to exhibit volatility gradually by the end of the first week of April, before it normalizes by 10 April with a drop. This rise and fall in volatility will continue till September, followed by a long winding down till December. 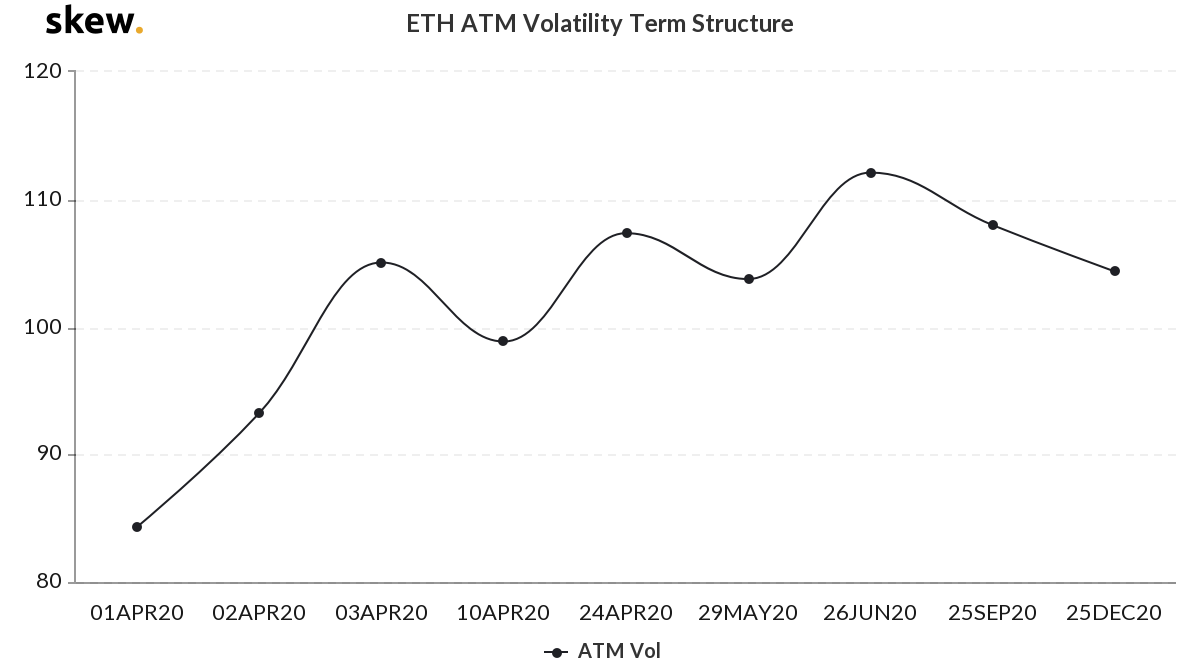 Looking at the larger picture, traders are expecting Ether to be volatility in phases, with each phase more erratic than the last, and with each phase succeeded by a cooldown of sorts.

All in all, with the price of Ethereum stabilizing over the past few days, given the volatility back-and-forth movements, an expectation of a strong imminent move can be ascertained.