Over the past three weeks, Bitcoin has tested the resistance at $7000 three times, failing to sustain itself for long each time. As the price continued to consolidate under the $6800 mark, all eyes were glued on the king coin in anticipation of its next move.

However, amidst turbulent price swings, a major trend was observed and highlighted between the market’s two largest digital assets.

Bitcoin and Ethereum have been on each other’s heels since the start of the year. Ethereum was a major recipient of the early-2020 applause after it outperformed Bitcoin on the charts. However, this fruitful period was rather temporary as after 13 March, Ethereum recorded one of the worst pullbacks among the top 10 crypto-assets. 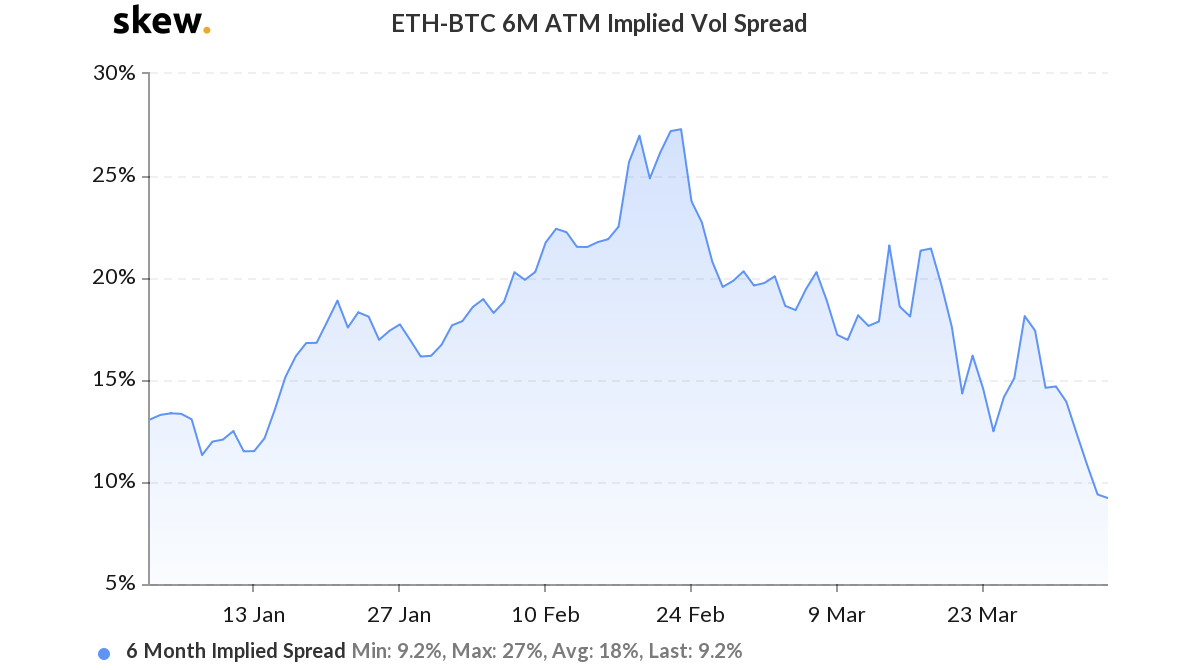 Now, according to Skew analytics, Ethereum-Bitcoin implied volatility spread over a period of 6 months is at its lowest level for the year 2020.

After a high of 27 percent on 23 February, the levels were found to be as low as 9.2 percent on 3 April. The declining implied volatility indicated that the correlation between Ethereum and Bitcoin had only become stronger since the collapse, a finding that may have huge implications if there is another bearish pullback on the charts.

It can thus be speculated that BTC-ETH is becoming highly correlated due to the present-day financial crisis. However, as the prices stabilized over the past week, a relative drop in correlation should have been observed on the charts.

Although a decreasing implied volatility spread between ETH-BTC does not suggest any direction on the charts, it does improve the possibility of further consolidation in the current range. 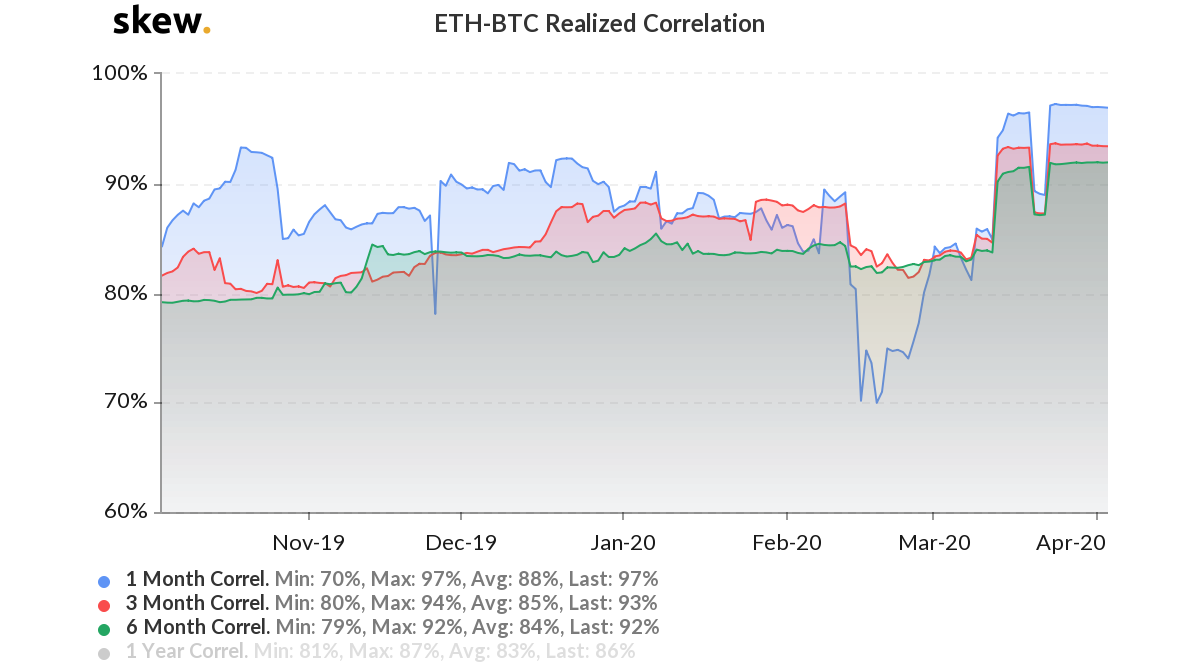 On observing the realized correlation between Bitcoin and Ethereum over the long and short term, it can be seen that the correlation was at its highest levels over every time period.

It also raised a major bit of uncertainty for Ethereum, as according to the data, it seemed like the early year decoupling from Bitcoin had completely disappeared, at the time of writing.

Further, Ethereum’s price as a percentage of Bitcoin also dropped from 2.8% to 2.1%, suggesting that the purchasing power of Ethereum was slowly falling as well. 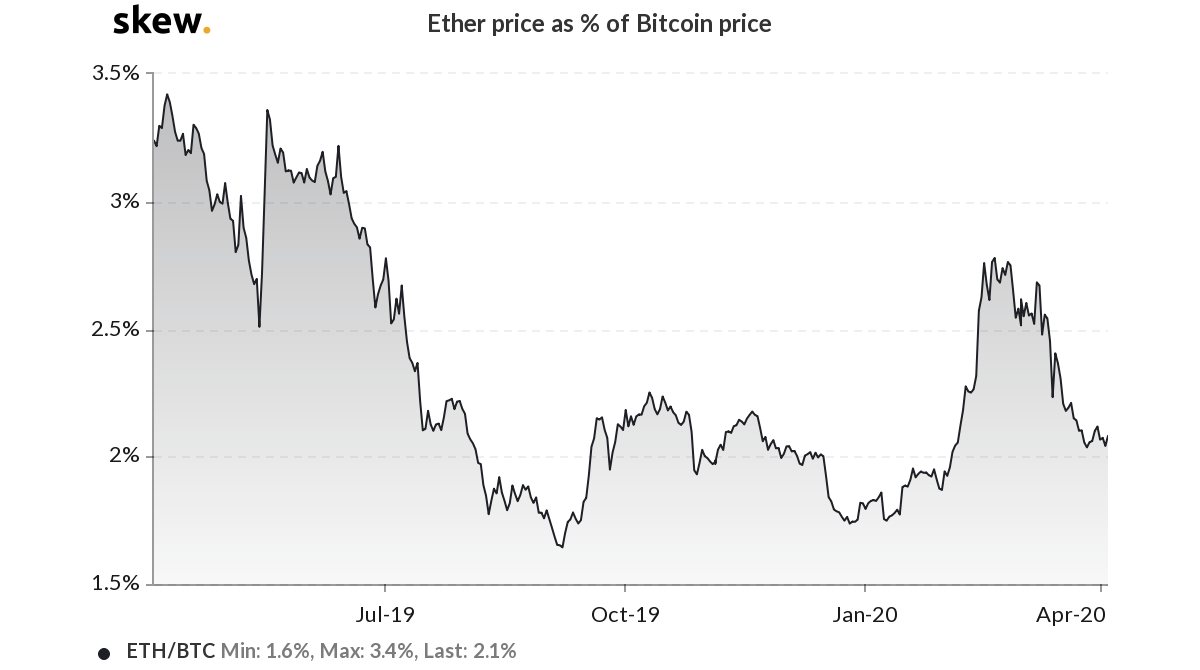 Ethereum's Vyper Compiler moves out of its GitHub organization
Ethereum 2.0 'will not affect enterprises based on the mainnet'
Ethereum Accumulating Whales Have Dumped Hard and Profited Big
EY Open-Sources ‘Nightfall’ Code for Private Transactions on Ethereum