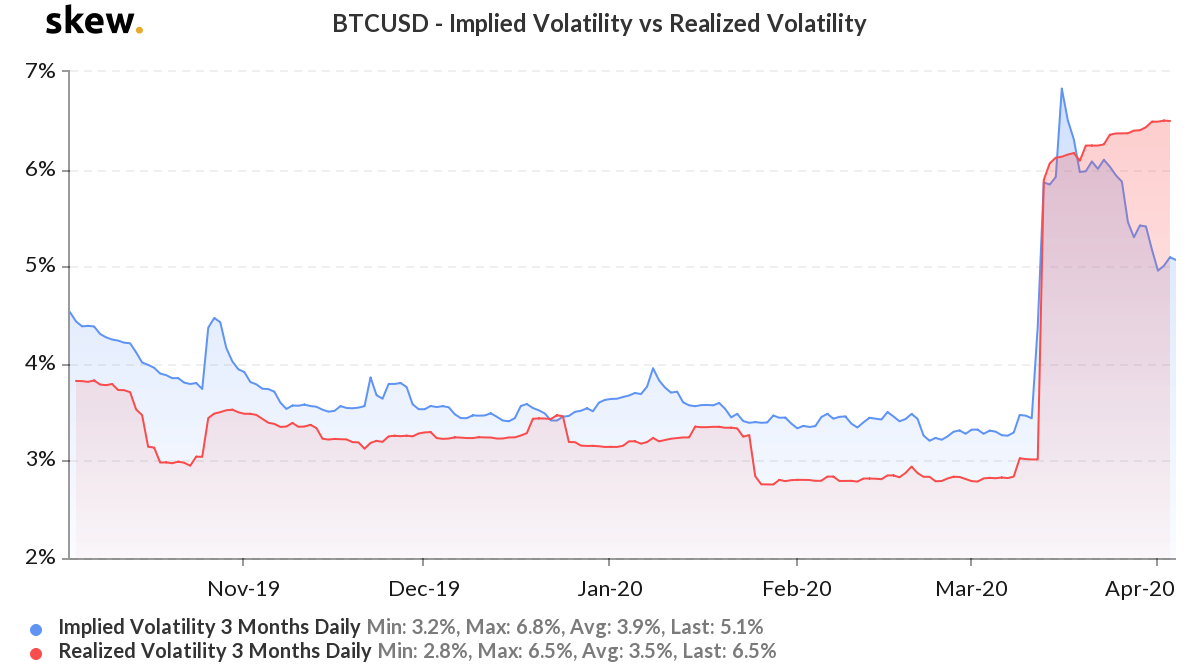 This rise in RV was directly related to the price rise that was happening with Bitcoin as it was trying to successfully breach the $7,000 level. Furthermore, the approaching halving might also be forcing the age-old narrative of the price rising before the halving.

Additionally, for Bitcoin, the Put/Call ratio was on a decline, highlighting that the Puts [sell] were reducing while the Calls [buy] were on the rise. This was also a sign of institutional sentiment on the buy-side. 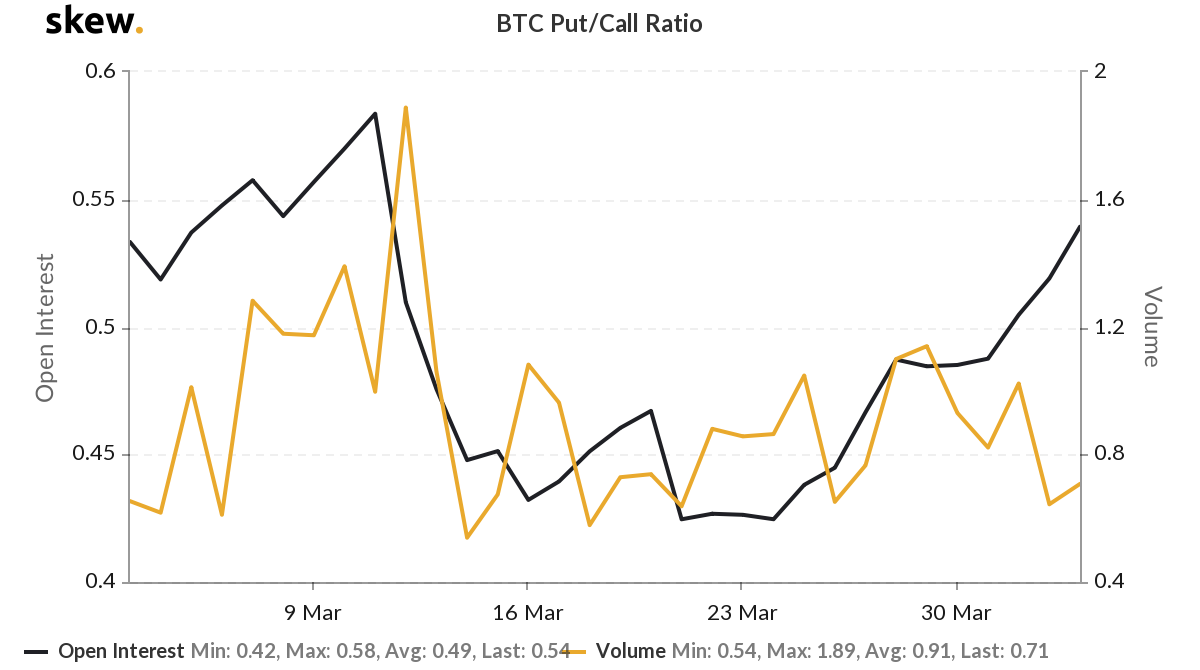 For Ethereum, however, the percentage of short-dated Options [SDOs] has been on the rise, while long-dated options [LDOs] were declining. 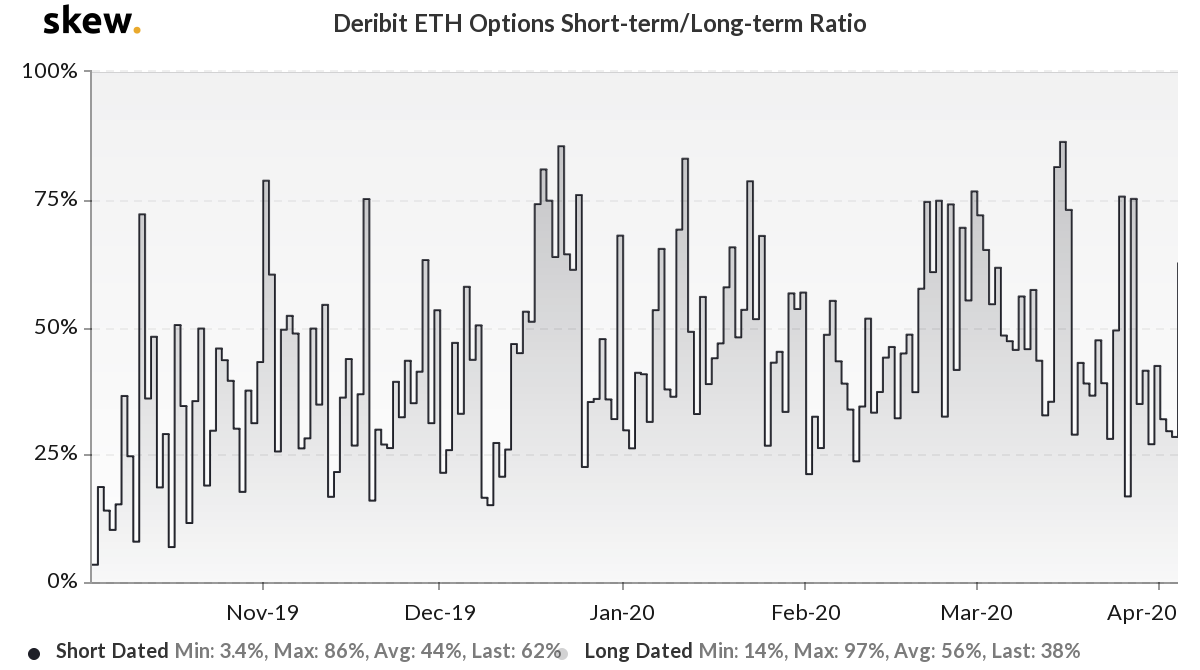 The previous article explained how SDOs’ rise could predict a rise in Bitcoin’s price.

“This correlation is due to the investors wanting to profit on the king coin’s short-term price movements; hence, they opt for short-dated Options instead of long-dated Options which have a higher risk-to-return ratio.”

Hence, for Ethereum too, the IV’s decline and RV’s rise is in line with the SDOs’ rise, thus implying that the price might rise in the near future. Furthermore, the fast-approaching Bitcoin halving does have an associated narrative wherein its price is expected to rise right before the halving. Hence, even the halving narrative fits perfectly with the surge in RV, implying a surge in both the price of Bitcoin and Ethereum.