Justin Sun Promises to ‘100% Sponsor’ Anyone ‘Harmed’ by DAO Incident 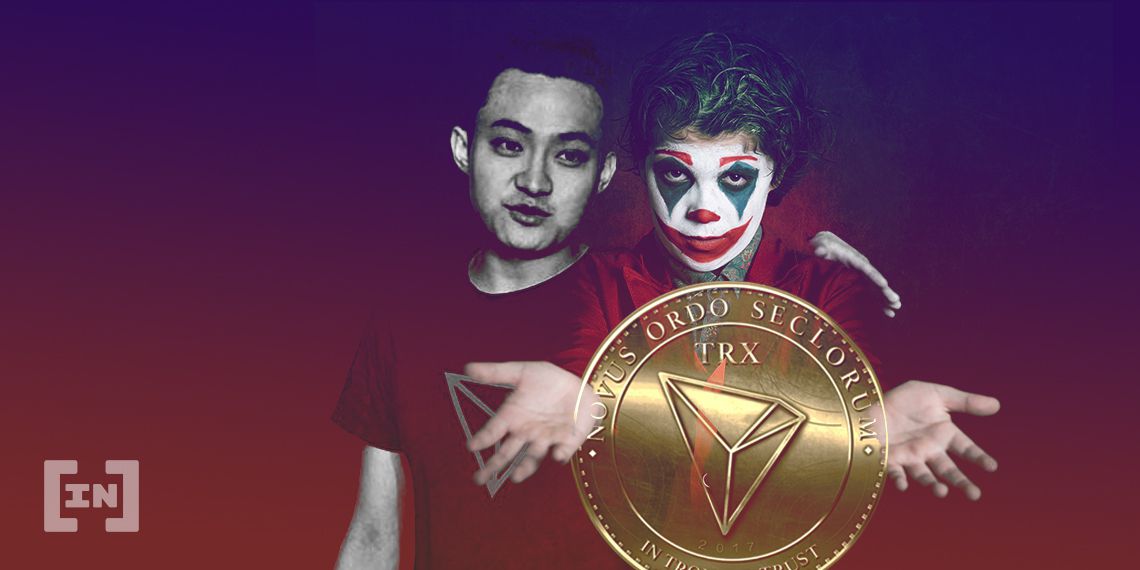 TRON’s founder Justin Sun has opened up the feud between Ethereum (ETH) and TRON (TRX) again. Except this time, it’s become more personal: between Sun and Vitalik Buterin himself.

The 2016 DAO hack is a seminal moment in Ethereum’s history, and there are valid points on many sides. However, Sun recently decided to dig up these controversies on Twitter. “Blockchain never forgets!” he writes, arguing that the moment forever ruined Ethereum’s immutability.

He went on to say that he would “100% sponsor anyone who was harmed by the DAO incident to seek damages from Vitalik Buterin.” 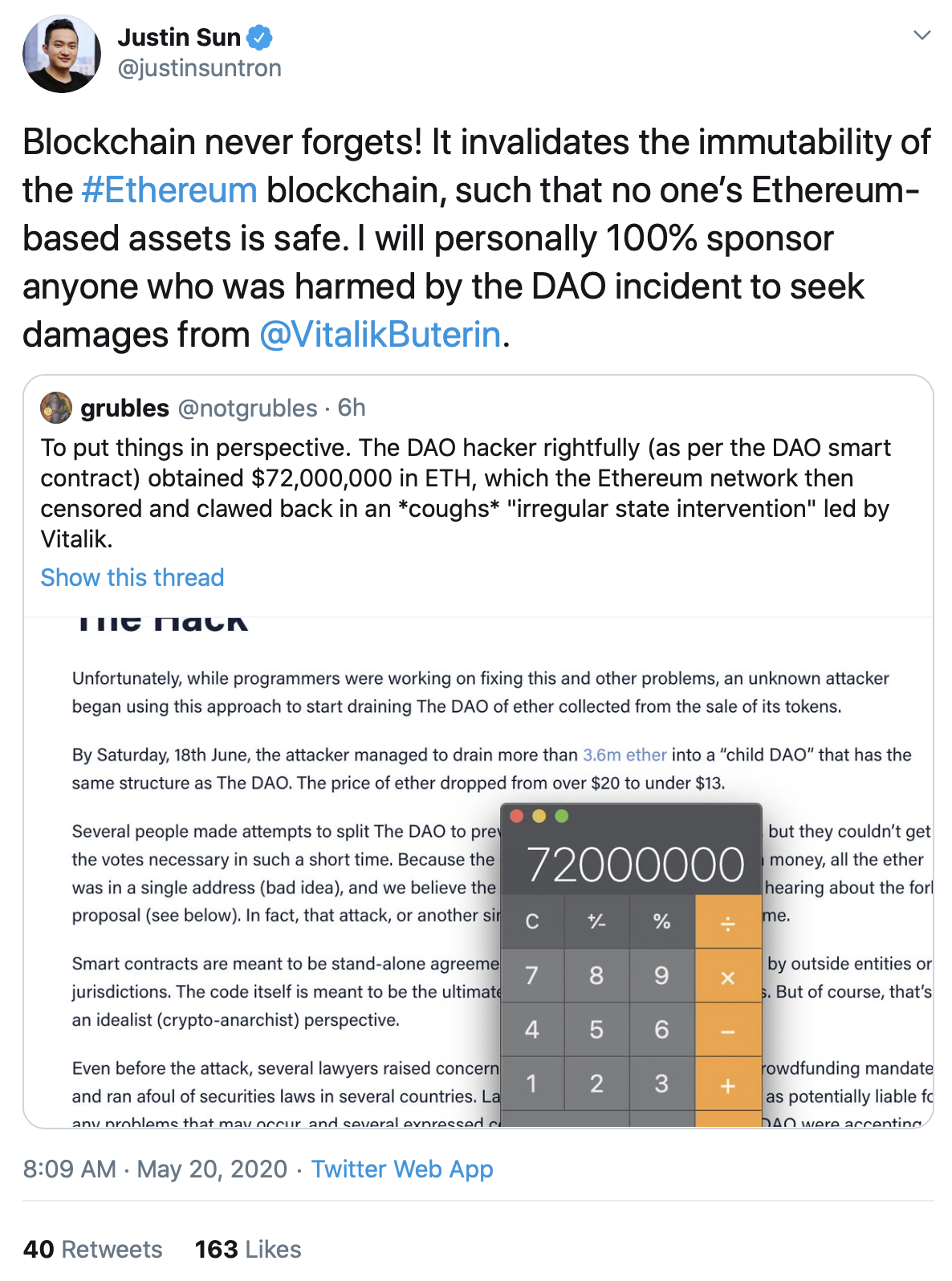 It’s unclear why Sun is jumping in now with this remark, but Buterin does not appear to have responded.

Given that the DAO was settled through a hard fork, and we still have Ethereum Classic (ETC) for those who believe it was unjust, the case seems settled.

The post Justin Sun Promises to ‘100% Sponsor’ Anyone ‘Harmed’ by DAO Incident appeared first on BeInCrypto.