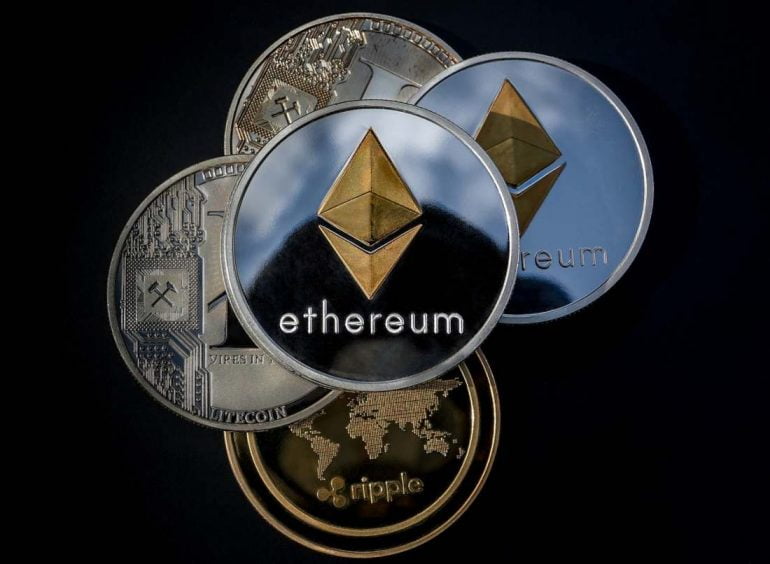 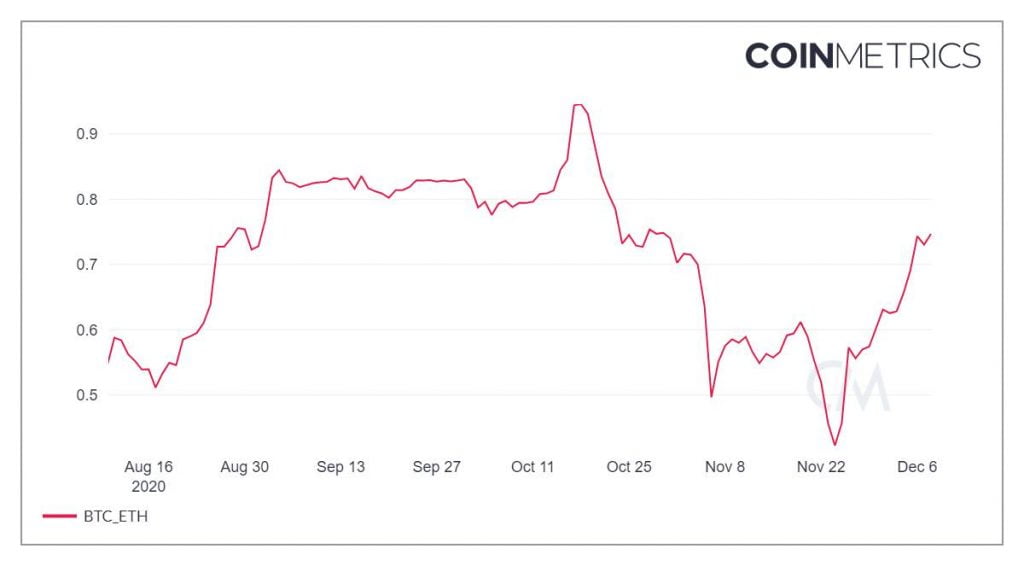 ETH2.0 Had Caused a Drop in Ethereum’s Correlation to Bitcoin

From the chart, it can be observed that Ethereum’s correlation to Bitcoin was at 0.95 levels in mid-October. However, the correlation experienced a significant drop as the launch of Phase 0 of ETH2.0 gathered momentum and hype. The Beacon Chain of ETH2.0 was launched on the 1st of December.

From the chart, it can be observed that the correlation between Ethereum and Bitcoin started to climb around the same time. The current level of 0.75 is roughly a 178% increment from its 0.42 low experienced in late November.

Ethereum is Once Again in Bear Territory

In terms of price action, Ethereum is once again in bear territory after Bitcoin dipped from $19,300 levels to $17,800 in a span of 24 hours. Given that Ethereum is highly correlated to Bitcoin, ETH also dropped from $595 levels to $530 in the same time period.

At the time of writing, Ethereum is trading at $563 amidst what looks like a short-term bounce that could see ETH retest $575 or even $580.

From a technical analysis point of view, the daily ETH/USDT chart reveals the following.

However, Ethereum’s bearishness might be abated by news of the UK’s Prime Minister, Boris Johnson, heading to Brussels to iron out the final details of Brexit. Furthermore, there are murmurs of a possible stimulus bill in the US before Joe Biden is inaugurated in January. Therefore, the excitement in the traditional stock markets brought about by the possibility of these two events, might spill over to Bitcoin and Ethereum.