Gaming Tops dApp Use in 2019, but DeFi Generated More Value 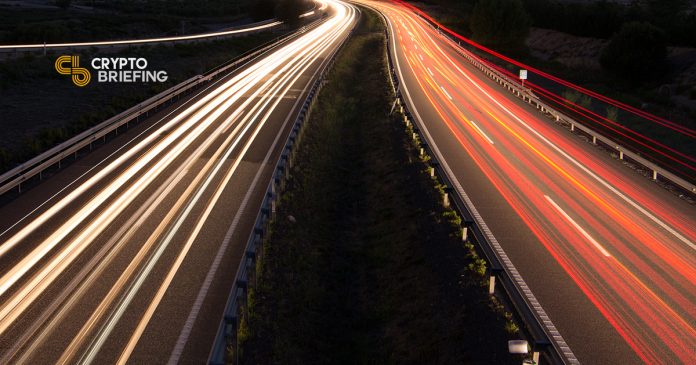 According to DappRadar’s 2019 Industry Review, Ethereum’s most popular applications all came from the world of gaming. At the same time, so-called “Ethereum Killers,” like Tron and EOS, struggled to compete.

Leader in the Ecosystem

Etheruem’s DeFi break out has been one of the hottest trends in crypto. But as more data from 2019 begins to roll in, the evidence suggests users may be more active elsewhere.

Based on the above, one can see that while DeFi and Exchanges produced the most value, user activity was much higher in the Gaming and Gambling sectors. Gaming in this context refers to developers adding features that interact with Ethereum rather than entire games.

The popularity of in-game purchases and digital trading cards is the best example of this. As mentioned, however, the meteoric rise of games like CryptoKitties, Gods Unchained, and My Crypto Heroes generated minimal value in US Dollar terms.

HyperSnakes enjoys the second highest volume traded at ~$5,900, while the other two games are not listed within the top 10.

At the time of press, the top three Ethereum games include My Crypto Heroes, Knight Story, and HyperSnakes. Each platform reports ~3,000, ~790, and ~580 active users within the last 24 hours respectively.

The comparatively high user activity may also mean that gaming is still the easiest medium for users to understand and thus interact with the Ethereum blockchain.

“Despite all the press coverage [Gods Unchained] gained for selling out its Genesis card packs over a 12 month period, the $6 million raised in the process is a great success, but looks not substantial compared to the value created by other dapp categories.”

In the DeFi space, for instance, total user count is perhaps the lowest of the four categories, but the amount of money locked up is magnitudes greater than the gaming space. Indeed, the biggest news is DeFi, which reported a jump of almost 1,990% in growth last year.

Compound, a breakout application in this sector, enjoys a volume of $2.1 million within the last 24-hour window. The number of daily unique wallets, however, is under 200. This data means that only a small number of Ethereum wallets are enjoying the benefits of this wave of blockchain-based finance.

Although, decentralized exchanges (DEXes) reported continued user growth, DappRadar excluded them from the DeFi category. For reference, Kyber concluded the year with over 600 daily unique wallets, thus earning the title of most popular exchange. This isn’t much compared to centralized exchanges, but it’s indicative of growing attention.

Across all four categories, DappRadar reported an overall increase of 118% in the dApp ecosystem and an increase of 166% in terms of US dollars. Neither EOS nor Tron boast the same figures.

For its part, Tron is almost exclusively used for gambling dApps with the report indicating both high value accrued and high daily usage. It should also be noted that “gambling dApps typically generate a lot of bot traffic,” according to DappRadar.

This activity is made even easier on platforms like Tron and EOS due to the consensus algorithm they use. Delegated Proof of Stake (DPos) is very cheap to interact with once wallets are made. This creates a much lower barrier to create multiple wallets and record activity.

Even DappRadar reported that “much work has been done by DappRadar and other companies to discover and filter out such traffic, but it’s impossible to entirely remove it.”

The above data shows that EOS accrues most of its value via exchange activity. It is also striking to see that this value is generated by only a few active wallets.

Gambling is also popular on EOS, but the Other category is still the most popular. In this context, Other refers to dApps that leverage airdrops to attract users and makes up “around half the daily activity on EOS [dApps].” This marketing technique is still widely used on the EOS blockchain to attract users.

Concluding, Ethereum is still dominating the dApp market despite uncertainty surrounding the launch of the Ethereum 2.0. It is still possible that they lose their foothold, but the brand is well established. The blockchain continues to report the highest amount of developer activity, and the DeFi narrative will likely continue this trend.